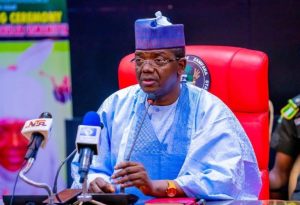 Twenty members of the Miyetti Allah Cattle Breeders Association of Nigeria (MACBAN) have been given political appointments as special assistants in Zamfara State.

It is understood that the twenty persons, comprising males and females were appointed special assistants to the state governor, Bello Matawalle.

The appointments were secured through the influence and recommendation of the First Lady, Aisha Bello Matawalle, Naija News gathered.

According to agency reports, a statement issued in Gusau on Wednesday by the Press Secretary to the Governor’s Wife, Zainab Abdullahi noted that the state first lady has congratulated the appointees on their new positions.

It added that while presenting the appointment letters to the beneficiaries, Hajiya Matawalle congratulated the appointees and assured them of a sustainable working relationship with MACBAN in promoting peace and unity in the state.

According to her, the gesture is aimed at appreciating MACBAN for promoting peaceful existence in the state.

The state chairman of MACBAN, Alhaji Tukur Abubakar, who spoke on behalf of other beneficiaries, appreciated the First Lady for her efforts which he noted is making meaningful contributions to the welfare of Fulanis and other members of the community. 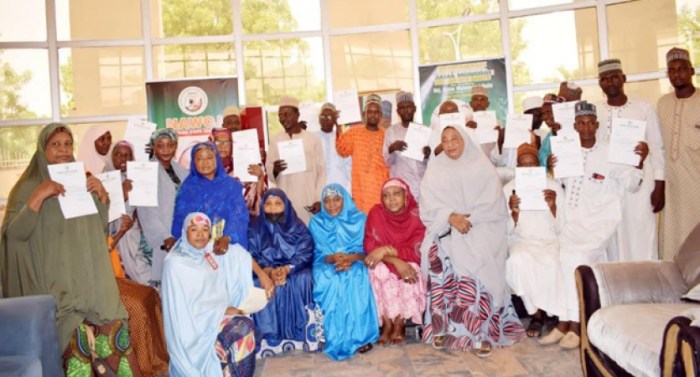 He also commended Governor Matawalle for giving the opportunity to the group members and Fulanis to contribute their quota to state development through the appointments.

He thereafter assured the governor that MACBAN would continue to give its maximum support and co-operation towards the success of his administration and for the development of the state.

Meanwhile, the Ebonyi State Governor, Dave Umahi on Wednesday declared that members of the Indigenous People of Biafra (IPOB) are not responsible for the attacks in the southeast.

According to the Governor, bandits are the ones masquerading as members of IPOB’s Eastern Security Network (ESN) to attack the southeast region.

Naija News recalls the region has come under several attacks by gunmen in recent times including attacks on police stations, and other security formations with the attackers burning cars and other public properties in the process.

Some sections of the public have blamed IPOB for the attack. Most notably, Imo State Governor, Hope Uzodinma and the immediate past Inspector-General of Police, Mohammed Adamu claimed IPOB and the ESN were responsible for the attacks.

But Umahi on Wednesday disagreed with their submissions, noting that bandits were responsible for the attacks.