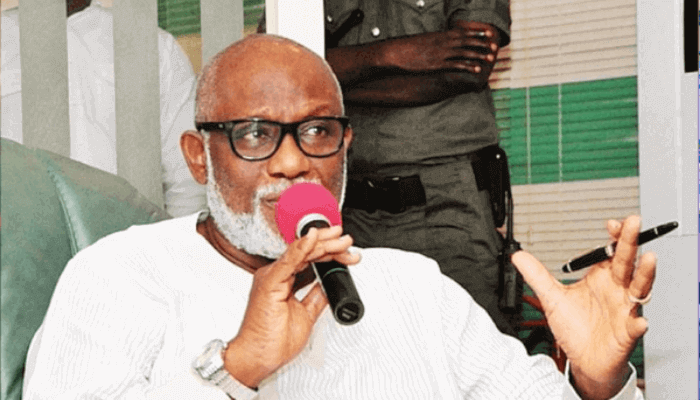 Governor Oluwarotimi Akeredolu of Ondo State on Wednesday told Eyitayo Jegede, the candidate of the People’s Democratic Party (PDP) in the October 10, 2020 governorship election in the state and APC governorship aspirant, Nathaniel Adojutelegan to stop wasting their time and resources in challenging his re-election as governor.

Recall that Jegede had dragged Governor Akeredolu to the Ondo State Governorship Election Petitions Tribunal sitting in Akure, Ondo State capital to challenge his re-election over alleged electoral irregularities and over-voting in some areas.

Also, Adojutelegan an APC aspirant had gone to the Federal High Court sitting in Abuja, Federal Capital Territory to challenge Governor Akeredolu’s candidacy of the ruling All Progressives Congress (APC), saying that Governor Akeredolu wasn’t qualified in the first instance to fly the banner of the party in the governorship election.

According to Adojutelegan, the APC primary election that produced Akeredolu was not done in line with the party’s constitution and the Electoral Act as amended and therefore, Governor Akeredolu lacked the locus standi to contest at all.

But, Akeredolu while speaking at a Youth Forum in Akure, the state capital on Wednesday, said he was duly re-elected by the people of the state and his electoral victory was an act of God and nobody on earth could reverse it.