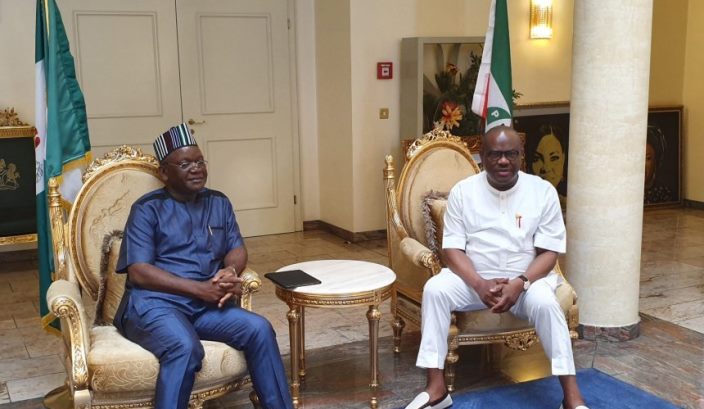 Gov Sam Ortom of Benue State is said to have just escaped assassination in his home state, but Gov Nyesom Wike of Rivers State says the federal government would be held responsible.

He warned in Port Harcourt on Saturday that the FG would be held responsible if Gov Ortom is assassinated, stressing that if the Benue State governor is killed, the country could be plunged into another civil war.

Governor Wike stated this while reacting to attempt on Governor Ortom’s life by 15 gunmen who allegedly trailed him to a river bank in Tyo Mu along Makurdi/Gboko Road in Makurdi Local Government Area of Benue State on Saturday.

“If you kill Ortom, then be prepared to bury Nigeria. If anything happens to Gov Ortom, the Federal Government will be held responsible and they should be prepared that there will be no more Nigeria.”

The Rivers State Governor recalled how the former General Officer Commanding (GOC) 6 Division of the Nigerian Army in Port Harcourt, Major General Jamil Sarham, and All Progressives Congress chieftains had concluded plan to assassinate him during the 2019 general election.

Gov Wike described as disturbing the growing trend where the lives of incumbent governors are brazenly threatened.