Why we want Ayade to move into APC – Wayas Jr. 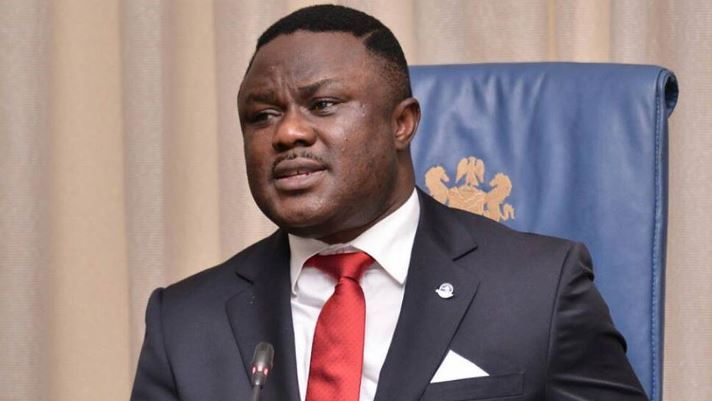 Ahead of the 2023 Presidential election, prominent citizens in Cross River State, have begun to mount pressure on incumbent Governor Ben Ayade to move over to the All Progressives Congress (APC) as part of efforts to ensure the state does not lose out of the current political calculations.

The group led by Joseph Wayas Jr, son of the 2nd Republic Senate president, Joseph Wayas, while speaking with BusinessDay in Abuja, said: “Ayade, with a strong performance pedigree, has all it takes to move to the centre.”

Ayade is the incumbent governor of Cross River and serving his second term as the governor, elected on the platform of the People’s Democratic Party (PDP).

He had successfully run as a member of the 7th Senate and was re-elected as the governor of Cross River State in 2019.

The group sees Ayade as having an accommodating spirit, living a life of tolerance and openess in his administration of the state.

According to Wayas, “A deep look into the person of His Excellency Ben. Ayade, shows that where there is a will, there is a way. In this asertion, the goodwill comes in quite handy as the vehicle for the actualisation in praxis of the demands of communal living- the Ayade prototype.

“As a careful; observer, I have come to full acceptance without any iota of doubt that, Governor Ayade’s life has taught us a simple existential truism that we can become other things to other men, without losing our being.

“This is why in reality, the biggest transformation that can take place in a person, subsists in the person’s ability to be a man or woman of goodwill in all things, and this is where Governor Ayade becomes the golden eaglet with the golden egg.”

Wayas Jr. Further said: “We are in a deep search toward finding Ayade the golden eaglet. Howbeit, this search is to build a trust with Ayade to consolidate on the giant strides of the APC in Nigeria and to give more opportunity to our sons and daughters to be carried along on the national front.”

He lamented however, that sons and daughters of Cross River State have lost relevance, especially at the national level due to the absence of a “strong father figure.”
According to him, “We have been removed from key and strategic positions at the national level, all because we are like chicks without the mother hen; hence, vulture comes and feast over us.”

The group however, believe the Governor will fill that vacuum if he accepts to move into the mainstream of the Nigeria politics at the centre.

“We have come to sincere realization that Cross River State APC is not looking for a man with a one eye anymore, when we have a son with two eyes all working and seeing the future; we have come to the agreement that, we need a leader with the necessary disposition to reposition the state when given the right atmosphere to work,” Wayas Jr. said.

It is his belief that, “The All Progressives Congress is a party built to meet up to the aspirations and yearnings of Nigerians, it is a party that promotes healthy politicking, good governance and the interest of the common man at heart. Governor Ayade, you have demonstrated deep sense of maturity as a governor with a total new ideology of politics with ethics.

“Your Excellency, there is no other platform that will avail you the opportunity to deliver on your signature projects squarely like the APC. The APC- led Federal Government has initiated and executed programmes that have direct bearing on the people and ,most especially our women and youths, here, tradamoni, marketmoni.”

For Wayas, the Federal Government empowerment programmes share resemblance with Ayade’s resolve of not letting any household in Cross River sleep hungry, with the state’s food on the table mantra.

The group noted that the state’s Agriculture value chain resonates with the APC-led Federal Government drive for Agriculture, which has given impetus to the myraids of Agricultural industries scattered across the state thereby putting at end to the over-exagerated oil production in the country.

“Even with lean and merger resources, you hit the ground running on key industrilisation policies that will eventually decouple Cross River State from over dependence on Federal Government allocation. This indeed, has set a precedence for successive government to follow, thus inscribing your name on the sands of time as a beacon of hope for the APC as a reference point on how to manage slim resources to the benefit of all.

” When it comes to prompt and constant payment of salaries, a feat not many governors can boast of, your achievements cannot be rivaled.

Wayas commended Ayade for sustaining peaceful coexistence and a stable administration in the state.

“While we want to agree with you Your Excellency that the APC in Cross River State has gone through a lot in terms of crises, the leadership of your colleague Governor, His Excellency Mai Mala Buni has painstakingly addressed these issues and the party is ready to take over power so as to connect the state to the Federal Government.

“As concerned citizen of the state and a stakeholder in the APC, I feel your leadership in the APC is most needed and will steer all tumbling waters if any and secure Cross River State the opportunity to develop without interference by internal or external factors against the collective patrimony of Cross Riverians.