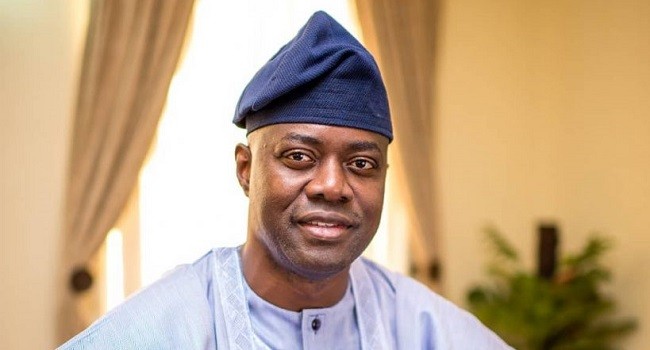 Governor Seyi Makinde of Oyo State has said that for individuals thinking of making changes in governance in the country, they must be ready to embrace transparency and openness.

Makinde stated this while addressing the Institute of Chartered Accountants of Nigeria (ICAN’s) 50th Annual Accountants Conference in Abuja, with the theme: ‘Achieving Sustainable Leadership Through E-government in the 4th Industrial Revolution.’

According to him, “For any of you here thinking of making changes in governance in the next few years, you must think in terms of bringing the transparency and accountability that digitisation and setting up processes have given to the private sector into the public sector.

“This is how Nigeria can really benefit and become a leading voice in this fourth industrial revolution.”

The governor said: “Recently, Oyo State has been in the news. The perception that has been created in some circles is that the state is insecure. Some people have even gone to town with claims of cannibalism. But when you dig deeper, you will find that sponsors of these messages are people who no longer have access to the state’s coffers. They are people who believe that it will be business as usual. These days you see them gathering to talk about how their political age confers on them some superior level of thinking or how they will be taking over in 2023.”

He however, revealed that the introduction of e-governance to the running of government in the state has contributed immensely to the on-going massive development and transformation in the state.

He stated that the openness and transparency engendered by the introduction of e-governance initiative has helped the government to fund infrastructure and ensure smooth and full payments of salaries and pensions as and when due, stating that his government has been able to block leakages and save massive resources.

He equally said that for the country to experience sustainable development and not to be left behind in the fourth industrial revolution, it needs focused leadership, which will be able to harness its potential to “pick up and catch up with the rest of the world.”

The governor stated that upon the realisation that the state has limited resources for all the things that needed to be done and that there were many loopholes through which resources were siphoned; it quickly took action to block those leakages by creating an E-governance plan.

He noted that the plan entailed digitising all government processes and services in order to raise the coverage and quality of information and services that are provided to the general public, stating, however, that a lot of people misunderstood that period of laying a solid foundation for development and tagged him an audio governor.

According to the governor, the introduction of the e-governance initiatives across different sectors including budgeting, contracting, public procurement, job recruitment, land and housing, among others, has now paid off for the state, as, according to him, apart from saving huge resources which are now being channeled to development, it has also made governance more efficient.

“You may wonder, what has been the result of our installing e-governance processes? In what way has e-governance benefited the people of Oyo State? Massive savings. Let me share one example. When we came in, we got consultants to look into the processes in our tertiary institutions and make things more transparent. We created a database of all staff and did identity management for them.

“We also put the prices of all items that a university needs for day to day running in a database. And so, when a requisition is made, the price has to tally with that in the database. In just one school, The Polytechnic Ibadan, we got a savings of N1billion by following this process.”

According to him, “When people ask, where is the Oyo State government getting money to pay salaries when other states are struggling to pay percentages? Is he borrowing money to fund recurrent expenditure? The answer lies in openness and transparency with which we have approached leadership and governance, especially with the use of technology.

“I have heard people say that Oyo State has been turned into a massive construction site. We are building a state that everyone should be proud of. And technology is playing a huge role in our work. “We know that the foundation is very important. When the pioneers of the first industrial revolution started work in the 1750s, they could not have imagined how their work would be built on 270 years down the line we are talking about a fourth revolution. This is what focused governance entails.”

“Looking beyond one’s tenure in government, what I have learnt so far in Oyo State is that e-governance is possible. The transparency and openness it offers is desirable. But there are challenges. Aside from the initial cost of building the infrastructure which might appear restrictive if a leader is not looking at the bigger picture, there is also the loss of political capital that comes with it. And I must say, the latter is a bigger reason why governance in Nigeria has remained in an analogue state,” he said.

Meet The Judases Of June 12 Who Betrayed MKO Abiola

Meet The Judases Of June 12 Who Betrayed MKO Abiola

Democracy Day: The June 12 Speech That Got MKO Abiola Arrested, Led To His Death