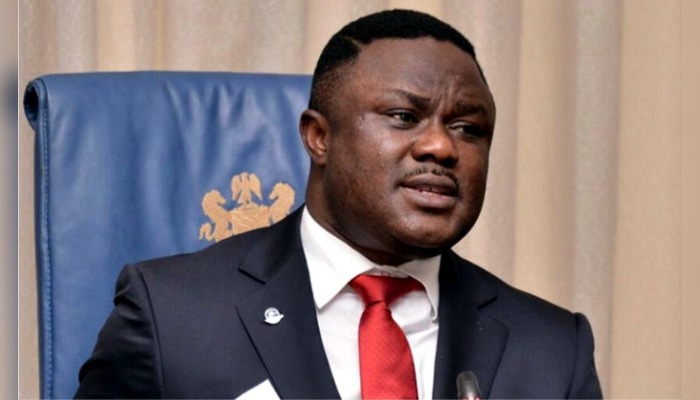 Thousands of people drawn from the 18 local government areas of Cross River State last weekend stormed the Millennium Park, Calabar to show solidarity with Governor Ben Ayade in a rally organized by chairmen of the council areas.

The local government chairmen said they organized the rally in appreciation and support of the aggressive industrialisation drive of the Ayade administration which has culminated in the establishment of industries across the state.

The council bosses also thanked the governor for investing in human capital development, “thereby building a Cross River of tomorrow and preparing our youths for the future”.

Speaking at the rally, a visibly excited Ayade said the solidarity rally came to him as a surprise as he had no inkling of it.

He thanked the council chairmen for standing with him, saying the social contract he signed with the people of the state was to lift Cross River out of the doldrums through massive industrialisation.

The governor pledged to continue to create jobs for the people through industrialisation within the ambit of available resources.

He called on Cross Riverians to “unite and protect our state and our infrastructure from divisive and destructive agents”.

Earlier, Peter Ojie, senior special adviser to the governor on political matters, stressed that Ayade’s ability to industrialise the state in the face of meagre resources showed competence, adding that “this rally is also meant to demonstrate that the support we gave him in 2015 and 2019 was not in vain”.

Ojie appealed to all Cross Riverians to continue to support the governor “so that he can finish strong”.

Speaking on behalf of his colleagues, Offiong Bassey, chairman of Akpabuyo local government area and chairman of the Chairmen Forum, said they were overwhelmed by the governor’s industrialization drive and the attendant prosperity agenda it held for the people.

He assured them of their continued support for the policies and programmes of the Ayade administration which he said “are the catalysts for Cross River of our dream”.