Vote us out, if we underperform, Senate President tells Nigerians 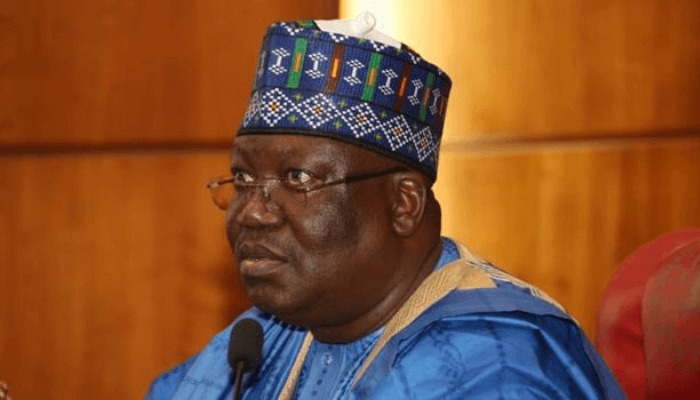 The President of the Senate, Ahmad Lawan on Friday asked Nigerians to vote the current National Assembly members out in 2023; if they performed below expectations.

He said it would be better to pay attention to the work they are doing instead of engaging in endless agitations over alleged “Jumbo” salaries and allowances enjoyed by lawmakers.”

“Ask for what you think we should be doing rather than saying ‘close the Senate’ or ‘close the National Assembly.’ Do you understand the implication of this?

“So if you say ‘close the Senate,’ you can be sure that there will be a day when people will cry foul of the tyranny of the majority.

“That gives everyone the advantage and the opportunity to be represented fully and properly and equally in the Senate. So that stabilises the system. That tells you that that representation in the Senate that provides equality of states is to work to ensure that every part of this country is fully represented and protected.”

According to Lawan, the proposed budget of N125 billion to the National Assembly is less than 1% of Nigeria’s total budget of N13 trillion.

” Maybe I should also mention, in a budget of over N13 trillion, the National Assembly will have a budget of N125 to N128 billion. What percentage is that? It’s less than 1%. So where is the remaining 99 percent?”

Lawan said the calls in some quarters to scrap the National Assembly were misplaced; stressing that Nigerians needed to understand the value of the legislature as the bastion of democracy.

“If you don’t like the set of members in the Ninth National Assembly, change all of us in 2023. Get better people but help support the system to function because that is your protection.”

The Senate President said the National Assembly was working to ensure the passage of the 2021 Budget by the second week of December.

He also hinted that the 9th Assembly would conclude work on its proposed constitutional amendment and review of the Electoral Act, 2010 in 2021.

The Senate President also promised that the 9th Assembly would break the jinx around the Petroleum Industry Bill (PIB) and make sure it was passed in the 2nd Quarter of 2021.

The Director-General, National Institute for Legislative and Democratic Studies (NILDS); Abubakar Sulaiman, emphasized the need for greater partnership among the various agencies of the National Assembly.