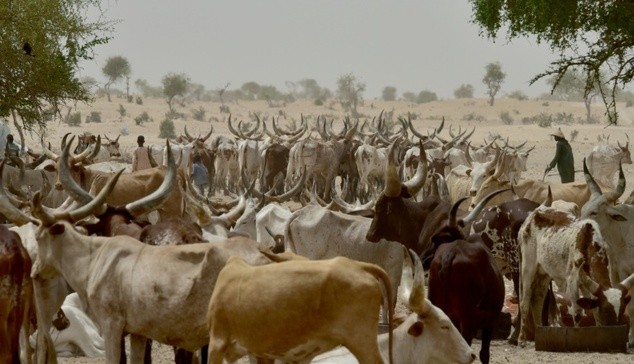 Although Nigeria has a history of herders/farmers’ clash post-independence era, the conflict has degenerated since 1999 when the country attained the Fourth Republic and returned to civil rule.

In the last one decade, recurring pastoral conflict in Nigeria’s Middle Belt and the Northern region has increased, especially since 2015 when the incumbent President, Muhammadu Buhari assumed office.

A 2019 United Nations (UN) report indicates that within the last one decade, more than 20,000 people have been killed, with thousands of others displaced.

In recent times, the trend has exacerbated, accompanied by kidnapping, banditry and raping in the region across the country.

The herdsmen have gradually shifted their activities to the Southwest geopolitical zone of the country, prompting worries from the citizenry.

Reports across the Southwest states have shown that the insecurity level occasioned by the activities of herdsmen has become frightening, while reaching a threatening point.

Several people in the villages are being attacked at will by herdsmen without response from security agencies, despite complaints from the people.

Indeed, no one is safe as the herdsmen, not only murder people in remote areas, they rape women and girls in the farm, while also kidnapping travellers in the region.

In some instances, traditional institutions and monarchs are threatened in their palaces.

Last year, the spate of insecurity in the Southwest necessitated the decision of the governors of the zone to set up a Southwest Security Network codenamed, Amotekun, aimed at tackling the scourge, but the outfit has so far failed to achieve the expected intention.

With the ban on the importation of foreign rice, local rice is making great inroads in the market, signalling the possibility of achieving food sufficiency, once again, in Nigeria.

But while the local rice farmers in Kebbi, Nasarawa and Niger states are enjoying peaceful farming and harvest, their folks in the southern part of Nigeria are at the mercy of herdsmen, who attack their farms ceaselessly, and killing some of the famers who made effort to stop the herders’ cows from eating up their farm crops.

Sadly, most of the farms visited by herders are commercial ones whose owners borrowed money from banks or used their life savings to set up.

Ironically, the Fulani herdsmen rarely visit rice farms in Kebbi and Nasarawa, tea farms in Adamawa, and other commercial farms where tomato, carrot, cucumber and other crops are grown in the northern part of the country.

Why are they targeting farms in the south? If one may ask. Also, why are the herders not taking their cows to rice farms, carrot and tomato farms in the north?

Considering the huge economic losses accruing to farmers from the herdsmen attacks, many farmers are now out to protect their farms, save their investments and lives.

This is why the Ondo State government recently insisted on the evacuation of all herdsmen from the state, to save the investments of Ondo farmers, boost food supply and the local economy as well.

In recent times, other concerned stakeholders, groups, elders and leaders have also expressed concern about the seeming lackadaisical attitude of the Federal Government toward the invasion and unprovoked attacks by the herdsmen in the Southwest.

One of such is in Igangan in Ibarapa North Local Government Area of Oyo State, where there has been increased cases of killings, destruction of farmland and kidnapping for ransom by suspected Fulani herdsmen residing in the community.

He subsequently gave them an ultimatum which expired yesterday, for the Fulanis to vacate the community.

The activist, who fought on the frontline during the Ife/Modakeke war in Osun State some years ago, had lamented the increasing scale of destruction visited on the economy of the zone. He also accused the Federal Government of looking the other way as the atrocities are being carried out.

“The reason for the ultimatum is the incessant attacks on our people in the Ibarapa and Oke Ogun areas of the (Oyo) state. Our people are no longer safe in their own land. On the contrary, Yoruba people do not engage in such atrocious things.

“You cannot see a Yoruba man going about killing people in Kano. In the North, they can behead a Yoruba man for slapping a Hausa/Fulani not to talk of destroying their farmlands,” Adeyemo said.