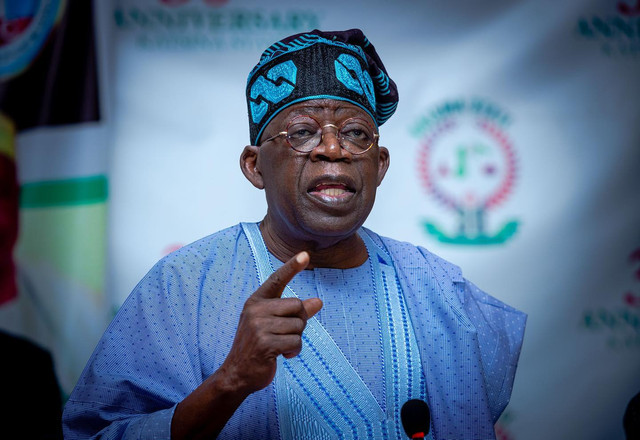 One person that stands out as one of the greatest leaders and politicians of Nigeria is Asiwaju Bola Ahmed Tinubu. As far back as 1999, Tinubu took over the governorship position at a time when what we had in Lagos were only dreams in the minds of visionaries. He has garnered a lot of political successes since his foray into Nigeria’s political landscape, particularly in the capacity of the governor of Lagos state.

During his tenure as governor of Lagos State, Bola Ahmed Tinubu has demonstrated his ability to transform the lives of his people for the better during his reign in Lagos as a governor.

The following are some of his enduring achievements in governance:

Bola Tinubu is one person who possesses the unquantifiable wealth of wisdom needed for the rapid development of the country and can transform the nation into a Nigerian “Dubai” where businesses and its people flourish. Tinubu’s track record as Lagos state governor has been nothing short of impressive.

Thanks to Tinubu, Lagos state accounts for the chunk of Nigeria’s capital importation. The economic growth he brought to the state is awesome. He built the state to the point where it contributed more than 30% to our country’s GDP, accounted for more than 65% of industrial investment in Nigeria, 80% of its international trade, and collected more than 60% of the country’s value-added tax.

Tinubu was one leader that never discriminated against non-indigenes. He made Lagos a state that refused to become tribal and clannish. This was clearly seen in the way he welcomed the Igbos, and gave them an environment to flourish. Unlike a number of other states, Lagos, under Tinubu, refused to sack non-indigenes in its public service or send them back to their respective states of origin. In fact, he appointed non-indigenes as state executives.

Again, unlike other states, Tinubu formed a cabinet of indigenes and non-indigenes including other tribes outside his Yoruba race. He, as far as maintained its secularity despite having a Muslim as Governor. Unlike other governors, Tinubu also led the way nationally in returning mission schools back to their original owners – Catholic, Methodist, Baptist, and Anglican.

Security and Rule of Law

Bola Tinubu prides himself on returning law and order, taming what could have been a huge ethnic war, and making Lagos one of the safest states in Nigeria. As the Executive Governor of Lagos State, he ensured the security of the lives and property of Lagosians through the funding and strengthening of the Rapid Response Squad (RRS), a unit of the Lagos State Police Command to combat the then-growing rate of crime.

These and more are the foundations of the Lagos of today. Before I sign off, I will urge you to assess the political ethic he has reintroduced into the mainstream politics of this country. Through deliberate and well-thought-out policies and sustained hard work, he was able to put Lagos State on the path of sustainable development and growth.

It’s no doubt that Tinubu has the capacity to make Nigeria the envy of other nations by virtue of his previous experience and exploits. As Nigerians, we need such a man at the helm of affairs to assemble an economic team which can look inwards and pull Nigeria out of this economic near-catastrophe as well as introduces the needed policies to transform the Country.

Let’s all come together and vote for the man that can give Nigerians peace of mind.