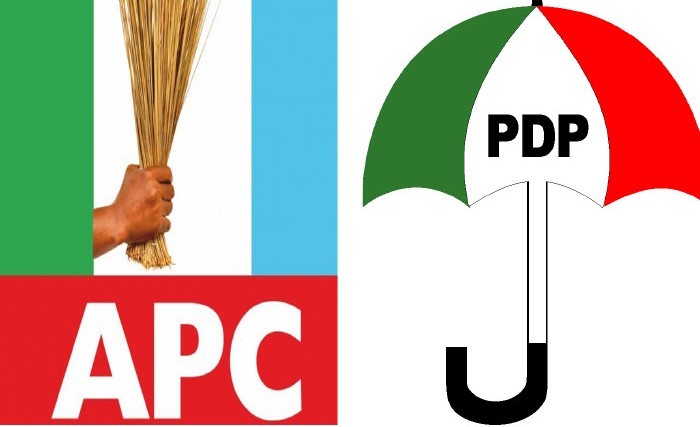 Salihu Lukman, the Director-General of Progressive Governors Forum (PGF) on Sunday said, instead of some of the dry press releases throwing banters at Peoples Democratic Party (PDP) leaders who are struggling to bounce back to pollical reckoning, the messages from the Governor Mai-Mala Buni-led Caretaker Committee and the party should be about rebuilding the party.

Lukman in a statement titled: “Seductiveness of Conventional Politics and the Challenges facing APC”, made available to journalists in Abuja noted that poor consultations, coordination and communication makes party members to be contemptuous of every decision taken, which strengthens the confidence of those opposed to internal party reform.

According to the APC Chieftain: “Our leaders, especially the Caretaker Committee should bear in mind constantly the message of Obama in his Memoir, that “It was the nature of democracies to swing between periods of progressive changes and conservative retrenchment.” The swing to conservativism may be produced from within the party.

“This is what is required to overcome the seductiveness of conventional politics. Eventually, the APC should be able to return to the original vision whereby every member of the party should have a voting right during the process of electing leaders for the party and selecting candidates for elections at all levels.

“Ultimately, the reform should be able to guarantee that all negotiations for appointments by governments produced by the party should be mainstreamed as part of the operational activities of the party”.

Lukman observed that having won the 2015 elections at federal and 22 states, attention of APC leaders shifted to lobbying for appointments into both Federal and State Governments and the business of party building was practically suspended.

“In fact, once President Buhari emerged as the Presidential candidate of the party, negotiation for the selection of running mate was done outside the formal structures of the party. This is perhaps, one of the steps taken, consciously or unconsciously by power blocs within the party that undermined the capacity of the party to be able to exercise strong influence in many of the decisions of President Buhari’s administration both during his first term and now, in this his second term.

“Informal demands and choices of party leaders became the decisions of the party, depending on which section of the leadership is making the demand.

The compromise therefore was the consolidation of APC as the governing party since 2015 without the corresponding internal mechanism for political negotiations to produce appointees for various positions in government. For some strategic reasons, many leaders of APC opted for informal negotiations to access opportunities for appointments into government.

“Between December 10, 2014 and May 29, 2020, virtually all the party structures at national level were suspended and, in their place, informal lobbies and consultations by individual leaders based on personal preferences became the attraction. Whether decisions from informal consultations and negotiations could sustainably substitute formal decisions of party organs seems to be one challenge that is taken for granted”, he said.

The PGF Boss maintained that after 2015 elections, leadership disagreements within the APC became the source of electoral strength of the PDP and other opposition parties.

“Most of the electoral defeats experienced by APC since 2015 is on account of inability to develop and strengthen processes of consensus building within the party, including issues of candidates’ selection.

“It is clear that the return to conventional approach to politics in APC commenced during the merger negotiations of 2013 and got consolidated with the electoral victory of 2015. Unlike what happened in PDP between 1999 and 2007 however, the dynamic in APC didn’t allow any power bloc to monopolise the control of the party.

“It is very easy to dismiss the APC as being the same with the PDP. In truth however, the APC is radically different from the PDP. For instance, while the PDP leadership is still in denial that there are challenges facing the party requiring internal reform, the APC leadership since 2018 in fact recognised the need for reform. It was the recognition for reform that led to the decision to change the Chief John Odigie-Oyegun leadership, which brought in Comrade Adams Oshiomhole’s leadership”, he said.

“Interestingly, this is hardly appreciated by some section of the APC leadership, largely because of factors of denials of the problems facing the party, almost similar to the situation in PDP. As long as leaders can estimate high possibility that they will emerge as candidates for election, it simply means that everything is alright. Whether in the end they will win the elections after emerging as candidates is a different matter and not part of the political projection.

“From all indications, the seductiveness of conventional politics creates a strong opposition to reforms within parties. It is the determinant of success or failure in capacities of political parties to produce the desired change citizens expect. Somehow, the disconnect between politicians and citizens is simply in the application of what Obama refers to as the durability of democratic values.

“A major issue will be the capacity of structures of the party, especially the National Secretariat, to serve as the coordinating hub for the implementation of decisions of the party. One of the major challenge of politics is that it hardly recognise the value of professionalism. Often, the extent to which professionalism is sacrificed narrow the scope of reform and quickens the resurgence of conventional politics.

“Therefore, rather than ignore such allegations, there is the need to take every step necessary to ensure that the reform going on in APC strengthen internal democracy within the party. This will require that all activities of membership registration/revalidation, congresses and national convention are carefully planned”, he stated.