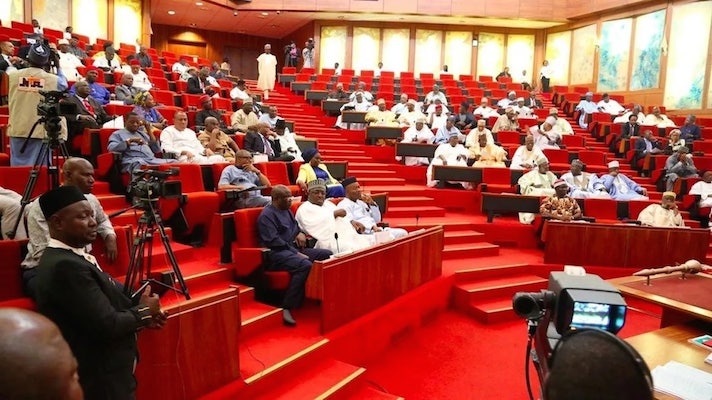 The House of Representatives had in a resolution last week summoned President Muhammadu Buhari over the growing insecurity in the country.

The Personal Assistant to the President on Social Media, Lauretta Onochie, had in a tweet announced that the president would honour a joint session of the National Assembly on Thursday.

However, indications were rife that the president would not appear as earlier reported.

In separate interviews with journalists on Wednesday, the Deputy Senate President, Ovie Omo-Agege, and the Senate’s spokesperson, Ajibola Bashiru, said the president was not being expected.

“I think those of you who are familiar with the constitutional process, I don’t think you’ve ever heard that the United States (US) parliament had ever invited their president to appear before the house of Representatives or the US Senate unless for the purpose of budget or to address the state of the nation.

“In any event, we also have the concept of executive privilege. The executive arm of government has the power to claim executive privilege at any time any of such invitation is extended. It is not envisaged by the framers of the constitution that a day will come where the President of the Federal Republic of Nigeria, who heads the executive arm, would be asked to come and testify in the House of Representatives or the Senate. I do not also support that. I don’t believe that the President should come.”

Also speaking, the Senate spokesperson Senator Basiru (Osun Central) said the Senate had no role in the reported summoning of the president.

He said, “There was no resolution of the Nigerian Senate that the President should come and address it on the issue of national security.

“I expect that every enquiry as to the summoning and coming of the President should be directed to the House of Representatives.

“We operate a bi-camera legislature. That’s why our rules and procedures are different and that is why also we need concurrence from the two houses on passing of legislation.

“As far as the Senate is concerned, we have not summoned the president and we don’t want to get ourselves involved in any controversy as to whether the president will appear or not.

“To the best of my knowledge I’m not aware of any planned joint session of the National Assembly tomorrow.”

Basiru said the position of the Senate remained that the president replace the service chiefs.

“Our resolution still remain, that the president should hear the voice of the Nigerian Senate that the Service Chiefs should be examined dropped so that we can have a re-energized security architecture in the country,” he added.