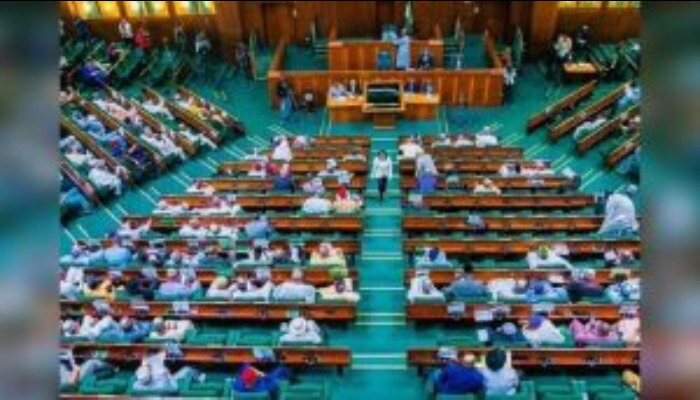 The House of Representatives on Tuesday at plenary passed for a second reading, the Electoral Act Bill 2020 which seeks to repeal the Electoral Act (As amended 2015) and enact the Independent National Electoral Commission Act to regulate the conduct of Federal, State and Area Council Elections.

Sponsored by Aishatu Dukku (APC, Gombe), the proposed legislation intends to ensure that legal framework on certain issues should be well settled ahead of the 2023 elections such as the use of technological devices like the Card Reader and electronic voting system.

It would also address the criteria for substitution of candidates, disclosure of the source of funds contributed to political parties, replacement of lost or destroyed permanent voters card, the penalty for the possession of fake voters’ card, dates for conducting primary election which shall not be earlier than 150 days and not later than 120 days before the date of the election.

According to the Bill: “The maximum amount of election expenses to be incurred by a Candidate in respect of Senatorial and House of Representatives seat shall not exceed N100 million and N70 million respectively.

“In the case of State Assembly election, the maximum amount of election expenses to be incurred by a candidate shall not exceed N 30 million.

Some of the areas the Bill sought to alter include, Section 3(2) (a) which provides definite timeline for the release of Fund to the Commission for the discharge of its statutory duties.

“The amendment is an insertion which states that “the funds for General Elections shall be released to the Commission not later than 180 days to the date appointed for the elections” after the word “Commission” in that section”.

“Under Conduct And Postponement 0f Election In Emergency, section 26. (3) and (4) is amended as: “Where an election has commenced and there is reason to believe that there is or has been substantial disruption of election in a polling unit or constituency or it is impossible to continue with the election occasioned by threat to peace and security of electoral officials and materials, the Commission shall suspend the election and appoint another date for the continuation of the election or the process thereof.

“Where the Commission appoints a substituted date in accordance with subsections (2), (3) and (4) of this section, there shall be no return for the election until polling has taken place in the area or areas affected.”

“Section 34 under Publication 0f Nomination is amended by inserting new subsections “(2)” “(4)” which states that: “(2) Any candidate who observes his name or that of his party missing on the list published in accordance with subsection (1), shall notify the Commission in writing, signed by himself and supported with an affidavit not later than 21 days to the election”.