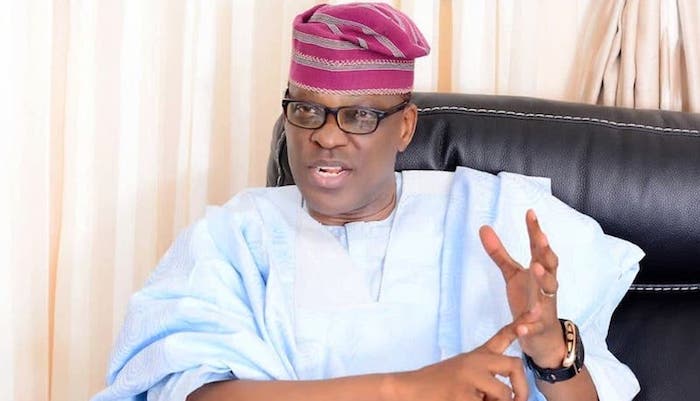 Eyitayo Jegede, the candidate of People’s Democratic Party (PDP), in the October 10, 2020 governorship election in Ondo state, has closed his case at the Election Petitions Tribunal sitting in Akure on Wednesday.

Jegede closed his case against APC and the Independent National Electoral Commission (INEC) established before the tribunal even when election petitions tribunal presided over by Justice Umar Abubakar, had initially slated 10 days for Jegede to invite all his 485 witnesses to testify before the tribunal.

Recall that Jegede of the PDP through his counsel, Onyeachi Ikpeazu SAN, on Tuesday tendered in evidence before, the tribunal, the nomination form, the state summation of the results of the election, and the results of the 18 local governments of Ondo State.

But at the sitting on Wednesday, Jegede told the tribunal to rely solely on his evidence as the principal witness in the matter.

Jegede had approached the tribunal with the petition that the candidate of the All Progressives Congress (APC), Oluwarotimi Akeredolu was not validly nominated by his party as candidate for the election.

According to him, Akeredolu’s nomination did not conform to the constitution of his party, APC, and the dictates of 1999 Constitution of the Federal Republic of Nigeria.

He, therefore, urged the tribunal to declare him winner of the governorship election and withdrew other petitions for which he had already penciled down 485 witnesses to appear before the tribunal.

The counsel to INEC Charles Edonsanmiwan, prayed the court for time to further study the petitions and be able to open their defence.

Counsel to the defendants, Lateef Fagbemi and Akin Olujimi, however, did not oppose the prayer of INEC.

The tribunal, therefore, adjourned the sitting to Tuesday next week to enable the first respondent, INEC to open their evidence in rebuttal.