PDP to APC: We will resist every form of intimidation 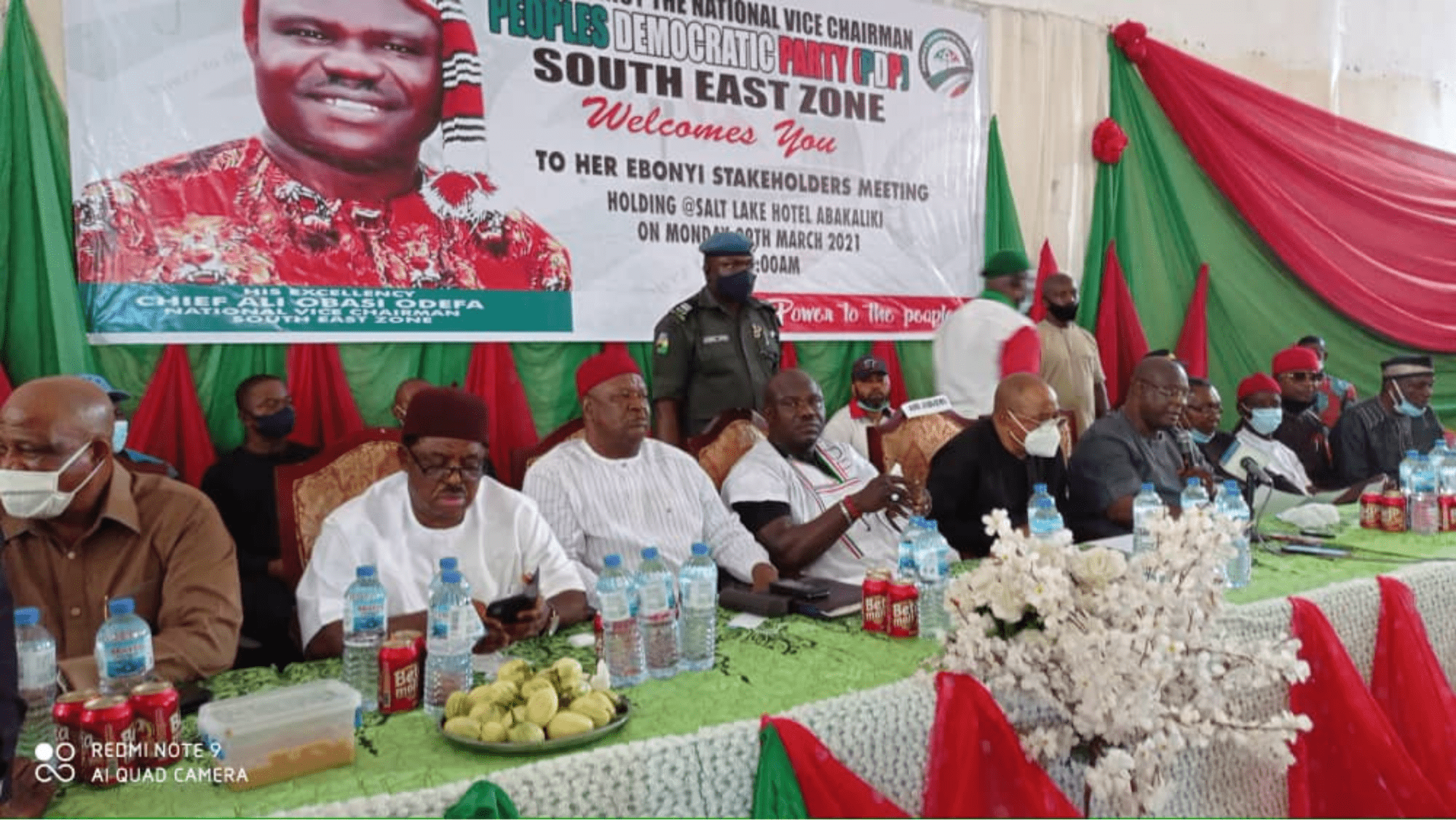 He said the era of using security agents and other means including the courts to intimidate members of the party was over.

Odefa spoke during the PDP meeting in Abakaliki, Ebonyi State capital following the defection of its dissolved State Working Committee (SWC) led by Onyekachi Nwebonyi to the All Progressives Congress (APC).

It was the first gathering of the PDP after David Umahi defected to APC in November, 2021.

Odefa insisted that the southeast was completely PDP and that the victory of the party at the just concluded Aba North/South federal constituency bye-election was a confirmation of that.

“As you know, the southeast is PDP. The only governor they have in the southeast was stolen from the backyard; in Imo, they used the court to steal that one from us. Of course, Ebonyi, only he defected. So, our party is on the ground.”

Emboldened the party chieftain said the era of intimidation is gone. “Police cannot intimidate us, they cannot use State Security Service (SSS) against us, and they will not use the court against us.”
He said they will resist all these dictatorial tendencies. He also said they will continue to uphold the principles and core values of their party.

“We are not in a shouting match. We are on the drawing board. We are planning. We are calculating. We are reaching out to people and the result is what you just saw that happened in Aba, Abia State on Saturday.”

According to Odefa, people who were originally not part of the party have left. Those left behind are happier together. The embittered ones have left the party he claimed now and they know how many members the party has.

“Everybody here I can assure you are the people that can win elections in their places. You cannot go to Ivo local government where Senator Anyim Pius Anyim is from and you will say you will win there. In Onicha local government, we are there.”

It is simple Mathematics. Politics is not shouting, Odefa continued. “I will crush you, I will grind you. No, we have gone beyond that era.”

He encouraged party members not to be afraid. “Call your meetings, mobilise your people, secure your meetings, they won’t do anything, they are frustrated, they are on their way to APGA. One advantage you have over them is that in our party, we will democratise the process primarily. Everybody will have a level playing field to contest our primaries”, he told the members.