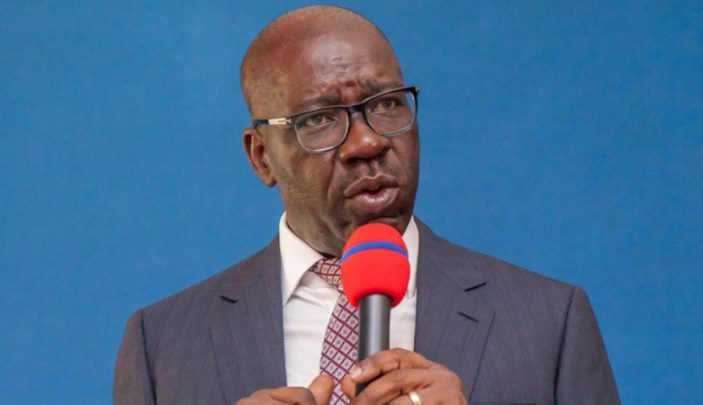 Edo State chapter of the People’s Democratic Party (PDP) on Wednesday denied plans by the state governor, Godwin Obaseki, to dissolve the party’s executive in the state.

There had been allegations that the governor influenced the party’s leadership to dissolve the executive so as to replace them with those loyal to him.

The state chairman of the party, Tony Azeigbemi, who spoke at a press briefing in Benin City, noted that the allegations were all hearsay, adding that the party “at this level don’t deal on rumour, we deal on facts and figures”.

He further said that the party’s priority is to give the Obaseki-led administration the maximum support devoid of distraction.

“We have been hearing the rumour of the allegations by the state Governor,Godwin Obaseki to dissolve the state executives across the state.

“I can tell you authoritatively that the governor is not desirous of dissolving any of the existing party structures in the State.

“We are focused on allowing the governor to deliver the dividends of democracy”, he said.

He however, reassured residents in the state that the governor is doing all it can to put security measures in place to curb security threat in the state.

On the issue of alleged lopsided appointments by the governor, he said the party is in consonant with whosoever he appoints, adding that governor will bring competent hands to fill vacant positions.