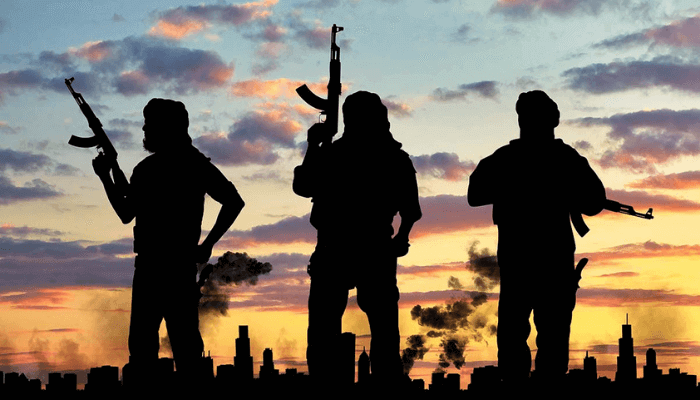 The Peoples Democratic Party (PDP) has asked Nigerians to hold the Presidency and the All Progressives Congress (APC) responsible for the festering violence and incessant killing of innocent Nigerians by terrorists.

It said the confession by the President Muhammadu Buhari administration that our nation is at the mercy of terrorists, is self-indicting.

The PDP, in a statement by its National Publicity Secretary, Kola Ologbondiyan, blamed this on overt and covert support given to terrorists by some unpatriotic APC leaders for their selfish interests.

“The PDP recalls how the APC chieftain, as opposition leaders in the APC as well the defunct Action Congress of Nigeria (ACN), openly showed sympathy to terrorists and took steps that frustrated genuine efforts by the then PDP government to fight terrorism.

“Nigerians can recall how in 2013, APC leaders, then as ACN leaders, declared the proscription of terrorist groups in Nigeria as unconstitutional and even demanded that terrorists be accorded VIP treatment and should be brought to Abuja for negotiation in private jets; a development that sparked public apprehensions of their suspected links with terrorist groups.

“The PDP further recalls how the APC, as opposition, went on propaganda war to frustrate government’s effort towards procurement of weapons to fight terrorists, with some of them, who are now governors and ministers, accusing then Federal government of seeking to use the weapons to kill opposition members.

“The role played by APC leaders to frustrate the purchase of weapon through the South Africa connection is still fresh in the minds of Nigerians.”

The PDP urged Nigerians to note how the APC deployed negative propaganda to scuttle efforts by the (former President Goodluck) Jonathan administration to bring in mercenaries that would have assisted in the anti-terrorism war.

It stated, “Nigerians would also recall how these APC leaders truncated the training of the elite troops in Belarus by claiming that they were being trained as snipers to kill opposition members before the 2015 general election.

“Our party also recalls how, ahead of the 2015 elections, the APC leaders encouraged hoodlums to fight against the system, with one of them, who is now a minister, emboldening hoodlums and insurgents to resist our security agencies with machine guns.

“Even in government, the APC administration has failed to effectively equip our security forces, as recently confirmed by its officials, thereby jeopardizing the lives of our gallant troops fighting in the fronts, while the Commander-in-Chief, who promised to lead from the fronts, continue to issue unhelpful rhetorics from the safety and comfort of the Presidential Villa.”

The PDP claimed the APC Federal Government and APC governors had been making excuses for terrorists, negotiating with, and even paying and pampering the killers of Nigerians.

It added, “Nigerians also know how the APC administration had declared these marauders and bandits as deserters from Gaddafi’s army and yet ask Nigerians not to fight back but accommodate them as neighbors.

“Such subtle support for terrorism was witnessed in the bizarre attempt by the APC-led administration to blame the 43 innocent Nigerians beheaded by terrorists in Borno state on Saturday.

“Moreover, the APC has failed to account for thousands of thugs and hoodlums it imported into our country to unleash violence on Nigerians during the 2015 and 2019 election; many of who are feared to be part of the bandits and marauders ravaging our nation today.

“The APC should end its hide and seek and come clean on its connection with the escalated activities of terrorists, bandits, kidnappers, and killers in our country.”