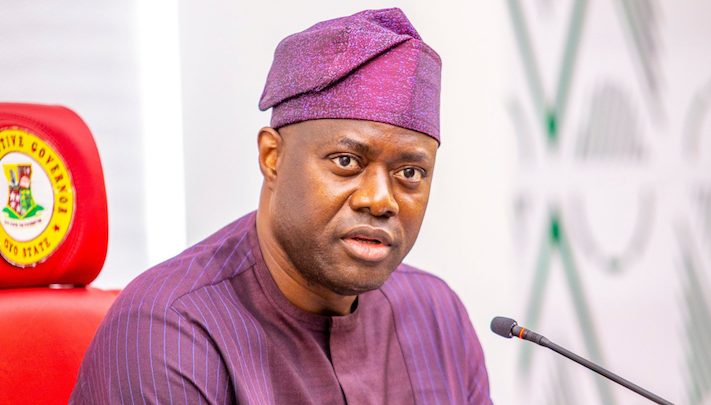 The congress has been scheduled for Saturday, April 10, 2021.

In a statement on Friday and signed by Governor Makinde, he praised the NWC for their decision, stating that he was glad that the NWC “bowed to superior reasoning regarding the congress.”

He, however, warned the NWC against allowing divisive elements within the party to “unduly influence party decisions at the national level.”

The governor said that “any attempt to shift the date of the PDP National Congress from April 10 is a signal to party loyalists that the hierarchy has been compromised,” an action which he said would lead to “dire consequences.”

According to Makinde, as the only serving PDP governor in the Southwest and an invested party in the PDP’s growth and development, I commend the National Working Committee (NWC) for the decision to go ahead with the Southwest Congress.

“I am glad that they bowed to superior reasoning regarding the congress. I am also happy that the congress will be held in Ibadan, Oyo State, in line with our party’s constitution and as stipulated in paragraph 8 (1) (g) of the Guidelines for the Conduct of Ward, LGA, State, Zonal Congresses and National Convention for the purpose of electing Party Executive Committees at all levels which was issued and signed in January 2020. We look forward to hosting other members of the Southwest PDP come April 10.

“However, it has come to my notice that some divisive elements within the party are trying to unduly influence party decisions at the national level. It is shameful that while the peace and reconciliation committee is going about trying to bring the party together, some people are determined to factionalise it.”

The NWC, he said, must not reward these individuals who are working against the party’s overall interests.

“I must warn that any attempt to shift the Southwest Congress’ date from April 10 is a signal that the hierarchy has been compromised. Such an action would have dire consequences. For one thing, we will be forced to take all necessary measures to take back our party.

“Let me restate that the PDP is the best alternative for Nigerians. At this moment, we should be expending our energies in positioning our party and gearing up for leadership at the national level. We must show Nigerians that we are the real deal.

“The NWC should rise to its responsibilities and prevail on the person or persons acting as clog or clogs in the wheel of the party’s progress; the PDP is greater than any individual,” he said.