No assurance restructuring report will be implemented – El-Rufai 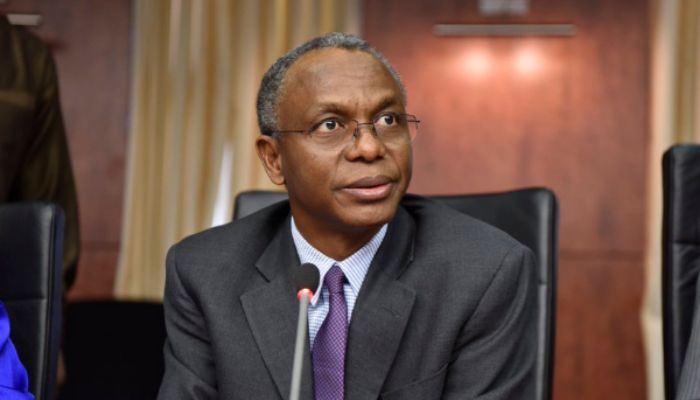 As the clamour for restructuring keeps mounting by the day, there is no guarantee that the restructuring report of the All Progressives Congress (APC) government submitted in 2018 would be implemented.

Chairman of the restructuring committee and governor of Kaduna state, Nasir El-Rufai, disclosed this on Tuesday in one of the panel sessions at the 26th Nigerian Economic Summit (#NES 26) in Abuja.

Though El-Rufai expressed confidence that the report would be implemented, he admitted that he could not give assurance because he had no control over it.

He, howeved, pointed out that the current leadership of the National Assembly was committed to implementing the report.

The governor added that President Muhammadu Buhari was committed to accenting to any amendments that come before him given that the current federal system of government was not working.

El-Rufai further observed that the centre was weak due to the current political culture cannot lead to the emergence of competent political leaders.

The governor was of the view that various conferences and committees had made very sound recommendations, which need to be implemented.

He, therefore, challenges interest groups such as the NESG and civil societies to put pressure on government for the report to be implemented.

El-Rufai hinted that in the report, they recommended the creation of state judicial councils to ease the pressure on court judges in the states.

The governor debunked rumour making the rounds that the north was against restructuring and called on Nigerians to
differentiate the noise of the few and the voice of the silent majority.

According El-Rufai, “I cannot give assurance on something I don’t have control over. The only assurance I can give Nigerians is that the President fully supports the restructuring reforms. The leadership of the National Assembly is fully on board. There is alignment between the executive and judiciary. Both leaders in the two Houses are working on it.

“It is very clear that things have to change. We have to redesign the architecture of our politics. Various conferences and committees have made very sound recommendations. It just needs to be implemented. I believe the current leadership of National Assembly is committed to implementing the report. I believe the president is committed to accenting to any amendments that come before him.

“What I think should be done is for interest groups such as the National Economic Summit Group (NESG) and civil societies should put pressure for action and movement on the report. All the building blocks are already there. I am confident that it will happened, but I cannot give assurance as to when.

“People think that northerners are against restructuring. There is a difference between some from Northern Elders Forum shoulting against restructuring and northerners.
And whatever advantages that person is getting for himself does not accrue to the rest of the region. We have the highest number of out-of-school children and poverty rate.

“As the governor of Kaduna state, I am trying to see how I can get my people up on the ladder, but the current system of government puts a constraint on it. So I think we need to differentiate the noise of the few and the voice of the silent majority.

“We don’t have any advantage not to restructure the country. All my colleague governors in the 19 states agree on restructuring. So who are the northerners against restructuring? Who are they speaking for? They are speaking for themselves.

“In the restructuring report, we have recommended the creation of state judicial councils. I will like to have 40 high court judges in Keduna state.
An average high court in the state has 250 cases. No matter how he tries to dispense justice, it will be difficult. I want 40 judges, I went to NJC and they gave me only four.”

He said he does not subscribe to the notion that people should hide under fairness to promote national unity.

His words: “On Northern Kaduna, I can’t answer that question. What I will like is to appeal to NESG to invite me for a 3-4 hour session – virtual or physical and I will explain everything.

“The violence is Southern Kaduna is over reported. The insecurity in the northern part is much more than what is being reported.

“I don’t subscribe to the notion that we should hide under fairness to promote national unity. I am from the north and for the past 30 years, we have been called educationally disadvantage. We are giving lower cut-off scores to catch up. So the best we can do is to give equal opportunity.

“You must not say all zones must have the same states when their land mass are not the same. Their viability as federating units are not equal. The earlier Nigeria retraces its steps and put merit, competence, capability and capacity, the better. We must have people in government being trained to take over from us.

“You can never give equality by law; what you can do is to give every society a framework of equal opportunity. Those that take opportunity of the advantage will prosper and those that don’t will pay for it.”

Valeria Azinge, who spoke side-by-side with El-Rufai, constantly maintained that the current government lacked the political will to implement its report on restructuring.

While lamenting the high cost of governance in the country, she called that each geo-political zone should produce two ministers instead of each state producing at least one minister.

Azinge advocated that the bureaucratic bottleneck should be unlocked to get things done in Nigeria.