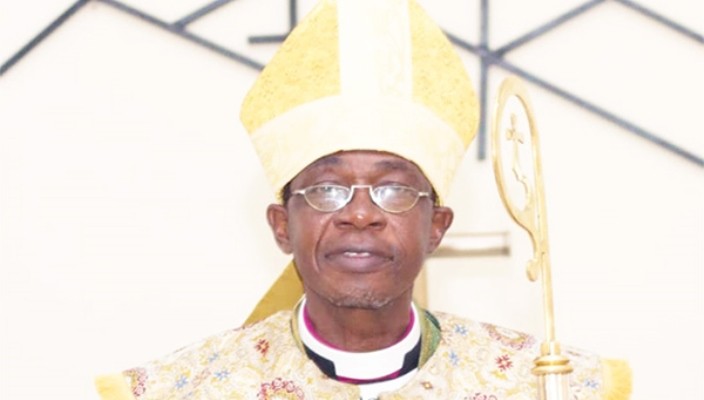 Funsho Awe, an Anglican Bishop, was the presidential candidate of the defunct National Conscience Party (NCP) in the 2019 presidential election. In this exclusive interview with INIOBONG IWOK, he assesses the state of the nation, the spate of insecurity and why President Muhammadu Buhari has failed to tackle it. Excerpts:

What is your take on the spate of insecurity in Nigeria?

The country is in a deep mess. It has never been this bad; it has degenerated to a point of concern to everybody. Nigeria has never been this divided; the spate of insecurity clearly shows the line of demarcation between the various nations that make up Nigeria.

The South-west, South-East, South-South, North-Central, North West and the North-East; even the North that you would think is one; it is now obvious they are not. In recent times we have started seeing the Fulanis opposing the Hausas and the central Nigerian states disagreeing with them.

It is as if the country is at war. I have always said that the country is at war; even at the time of Jonathan there was never another flag flying elsewhere, except the national flag of Nigeria flying. But now we are sending an army to Imo State to recover that place. It means we are a nation at war.

They used to say that Boko Haram were not Nigerians, but now the people who constitute bandits are not Nigerians they are foreigners but we are not treating it as if we have been invaded. However, these people are being treated as if they have a stake in Nigeria.

So, because the Fulanis in Nigeria are comfortable with their brothers coming into the country indiscriminately, that gives them a free way to come in and do anything. They even have courage to say we should grant them amnesty and funds to buy their weapons.

All this makes one ask; what is the problem with Nigeria’s military which used to be the best in Africa? We used to send them to Liberia, Sierra Leone, Sudan and everybody would commend them which made Nigeria the might of Africa, military wise. But now things have changed; they are criticised and the military is lopsided towards the North.

So, are we fighting ourselves? Are we sincere in this insurgency war? Even in the time of Obasanjo it was the problem of the Niger Delta. There was a time Obasanjo sent the army to Odi and said; I don’t want to hear any noise from that place again. I remember when the military commander went there, he said; I want to have a clear view to the lagoon and the place was levelled.

The bad state of the military has contributed to the problem of insecurity. That is why different regions are trying to speak up; that is why we have people like Sunday Igboho. We have a sub-military organisations like Amotekun and Eastern Security Network (ESN). That is why we are saying if the army cannot defend us we should defend ourselves. The Igbo nation has to defend itself; the Efik nation has to defend itself. If this continues, Buhari may be the one responsible for Nigeria break up.

Are you satisfied with President Buhari’s handling of the situation?

They are not doing anything about it. Look at what is happening in Zamfara State; they said ‘no fly zone’ but is still on-going because the government and the people there are benefiting from it. Imagine if it is the oil in the South, the Federal Government is in charge of it, even for people to set up small refineries, it is illegal. But to mine the gold in Zamfara State you have the Arabs, different kinds of people there. Zamfara is the place where the bulk of the arm is coming to Nigeria.

When they mine the Gold, those people pay with arms. So, we are seeing people coming in from Dubai and other places; they bring arms, AK47. As long as people have arms you are giving people access to banditry. Can you imagine Agberos having arms? The entire cult groups here are also armed with sophisticated arms. They are saying let’s move into Zamfara State because it has degenerated.
It is much deeper than we think. The problem we have is as a result of years of neglect and not having a concrete plan for education. These days we have Amajiri in the North. They have grown and they are willing tools in the hands of those who want to use them. That is where banditry comes in. I have always said it would come to the South, here we are. If you have enough money today and you want to recruit 500 boys you would get them.

The British mistakenly joined us together. Nigeria is a contraption of strange people; we have never been one. That is why we are saying we must restructuring of the country. And this government when they wanted to come in 2015 they told us that they have a plan to restructure the country.

But the North is against restructuring. Are you surprised?

In fact, it is either we restructure or we reconfigure. Then this country would just break to pieces; because if we have strange bedfellows living together they must have a rule. We don’t even have a constitution now. What do we call the 1999 constitution? A constitution must have a fundamental backing. The first statement must be that we have agreed. But we did not agree; it was an Abacha constitution; when Abdulsalami Abubakar did not have anything to present and he was leaving office, he just dusted that one. The constitution is an illegal document, a fraud; and that means the present structure we have is an illegality because it is not legal in the first place.

But the National Assembly has begun the process of amending the 1999 constitution? Is that not a step forward?

What they are amending is illegal. If you are carrying an illegal result and you want to manipulate it, would that make it valid? We have to sit down and discuss and come up with a new document. If the constitutional conference in 2014 had produced a constitution and it was signed we would not be here. What we need to do now is to put together a referendum where we discuss and each would have ten representatives and they would sit down and come up with a new constitution. That is what we call a constitution. Without that we are just wasting our time. This problem would grow gradually until it consumes the whole country.

What is your view on agitations for power shift to the South in 2023?

No matter what happens in 2023; shift power to the South, whoever the person, things may not change, because we have a foundational problem. The bible says, if the foundation is faulty what can the righteous do? The problem would still be there. The solution is not about power shift; power shift with this same structure would still result in the same problem. Somebody somewhere would still say the man there is bringing all his people into government but when we restructure this country we would come to a situation that the centre is weak and we must have a stronger base; every part manages their resources and contribute to the centre.

But the South-East said it is their turn to rule in 2023. What is your take?

Because we have those basic problems before; the North does not trust the Igbo man, the Yoruba man does not trust the Igbo man. The Igbo man they have no unity of purpose for themselves; since the war they have not forgiven the Igbo man and the Igbo man have not forgiven them of the evil they did to them during the war. Who is talking about power-shift in America; that is because it is a nation? We are not a nation; that is why we are talking about a power-shift; and as long as a tribe gets to power they see it as an opportunity to take their share of the national cake. Look at the major agencies, it is Northerners that are there; so, when it shifts to another region they would be everywhere and the others would not be satisfied.

You contested the 2019 presidential election; would you contest again in 2023?

When I contested; I was not a Bishop, but right now I am a father of the church. My contesting again would depend on what God asks me to do. But I am not going to participate in a process that is illegal; that is why it is easy to manipulate. The people have hijacked power right now. They are maneuvering the process. I told you it is an illegal document and read it.

What is your assessment of the 2019 presidential election that you contested in?

That election to me was not credible and that was why people went to Court and they did not get justice. The three arms of government are a creation of the constitution. Which election has been free and fair here? We were there when people came to the polling units and started sharing money and the same people came back to vote for them. Our position is that the constitution should be restructured.