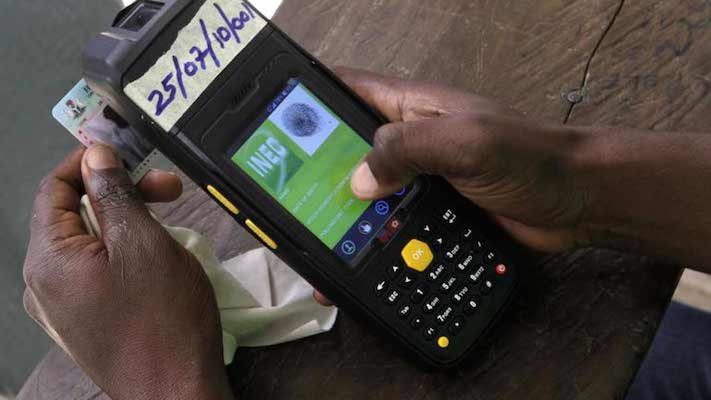 The new Independent National Electoral Commission Bill, 2020, among other things, seeks to mandate the use of smart card readers in the conduct of elections.

The Bill also seeks to bar candidates from suing INEC if they failed to write and swear to an affidavit about the exclusion of their names at least 21 days to election.

The Bill for an Act to repeal the Electoral Act No. 6 2010 (as amended) and enact the Independent National Electoral Commission Act 2020, which was presented at a joint public hearing organised by the Joint Senate Committee on INEC and House Committee on Electoral Matters on Wednesday in Abuja, proposes to amend over 300 clauses.

Section 91 of the Electoral Act 2010 is amended to peg maximum election expenses by a presidential candidate at N5 billion, governorship candidate N1 billion, while Senatorial and House of Representatives candidates shall not exceed N100 million and N70 million, respectively.

Candidates for House of Assembly and local government shall not exceed N30 million, while the maximum for councillors is N5 million.

On the death of a candidate, Section 36(1) of the Electoral Act 2010 is amended to allow the INEC chairman to postpone an election if it has yet to begin and to appoint a new date within 14 days.

Recall that there was constitutional crisis during the 2015 governorship election in Kogi State when the candidate of the All Progressives Congress (APC), Abubakar Audu, died before the conclusion of the election. He was later replaced by the first runner-up in the primary, Yahaya Bello, who inherited the votes and eventually became governor after the conclusion of the election.

So, the new bill seeks to fill the lacuna in the law as Subsection (3) provides thus: “If after the commencement of polls and before the announcement of the final result and declaration of a winner, a candidate dies,

“(a) the commission shall, being satisfied of the fact of the death, suspend the election for a period not exceeding 21 days;

“(b) the political party whose candidate died may, if it intends to continue to participate in the election, conduct a fresh primary within 14 days of the death of its candidate and submit the name of a new candidate to the commission to replace the dead candidate; and

“(c) subject to paragraphs (a)and (b) of this subsection, the commission shall continue with the election, announce the final result and declare a winner.”

On the mandatory use of smart card reader, the bill amends section 49(1) and (2) of the Electoral Act 2010 to mandate the presiding officer to use smart card reader or any other technological device prescribed by the commission for accreditation, verification and authentication of voters.

A new Subsection (3) is introduced, which provides: “Where a smart card reader deployed for accreditation of voters fails to function in any unit and a fresh card reader is not deployed, the election in that unit shall be cancelled and another election shall be scheduled within 24 hours.”

The bill under section 52(2) grants the INEC the discretion to adopt electronic voting or any other method of voting in any election as it may deem fit.

Subsection 5 allows member of the public, party agent, accredited observer or official of the commission to record the process and procedure in subsections (1) to (4).

“The national electronic register will contain the information of results from every polling units in very election conducted,” it says.

Section 85 of the Electoral Act 2010 mandates political parties to give INEC 21 days notice of any convention, congress, conference or meeting convened for the purpose of “merger and fusion” and electing members of its executive committees, other governing bodies or nominating candidates for any of the elective offices.

The new Section 85(5) of the bill says that failure of a political party to notify the commission as stated shall render the convention, congress, conference or meeting invalid.