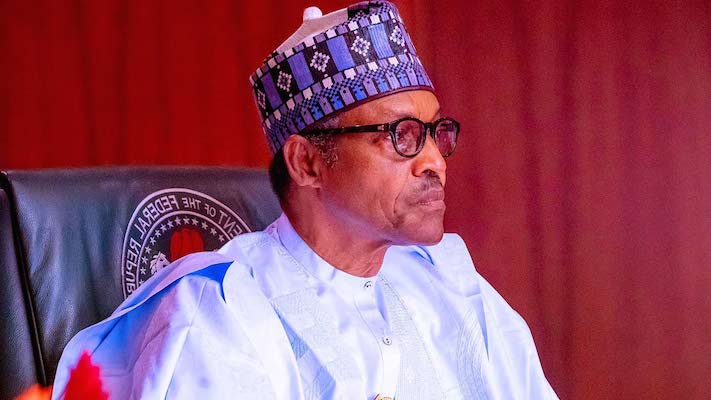 In the last few years, agitation for secession has increased in Nigeria. Many more groups are joining the fray on a regular basis. They complain they have become fed up with the ‘marriage” that no longer works.

But while they cry foul over government’s style of governance, those in power insist that Nigeria is on the right track and that those saying anything to the contrary are mischievous and enemies of the state.

Among the reasons for agitation for self-determination are the worsening state of insecurity in the country; obvious show of preferences in the treatment of citizens depending on the part of the country they come from and the lopsided appointments by President Muhammadu Buhari.

Various ethnic groups have cried out, calling for restructuring of the country to enable every part have a say in government.

Secessionist groups are also springing up every day. In an interview with BusinessDay Sunday, Eddy Olafeso, a chieftain of the People’s Democratic Party (PDP), blamed the failure of government to protect the lives and property of citizens for the increased secessionist agitations.

“People must self-determine; I mean defend themselves, because, there is no help. You can’t expect Nigerians to fold their hands while they are being killed. People are uniting to secure their lives,” Olafeso said.

Alfred Adewale Martins, Catholic Archbishop of the See of Lagos, said it was the treatment meted out to some people suggesting they were not wanted in the country that have given rise to such agitations.

“There was a time when there were no talk about secession; no talk about having a new nation, but what has brought it about is the inequality in the system,” Martins said, adding that people currently feel completely powerless in the states such that they feel the only way out is to start a new nation.

According to the cleric, a situation where some parts of the country feel completely left out; where they feel they do not have a sense of belonging, will naturally give way for those clamouring for secession.

He urged government must to take the first step to pacify aggrieved members of the different ethnic nationalities; assuring them that they are part of this nation. “That is when these things will begin to die down. If there are no good government and people are hungry, and they feel left out; naturally these things will continue,” he said.

But in what critics have described as making a mockery of a serious matter, Vice President Yemi Osinbajo, recently said that those calling for the breakup of the country into components or regions should desist from such, because, according to him, if such happens, people would be needing visas to go to a place like Kano.

Osinbajo was speaking in Kano at the 12th Colloquium to mark the 69th birthday of Bola Tinubu, a chieftain of the All Progressives Congress (APC), saying those calling for secession, “… should be reminded that we would not have been able to accept Governor Ganduje’s offer to come to Kano at short notice since we would all have needed visas to come to Kano.”

But observers said his understanding of the agitation for secession was too narrow as a vice president that has all the intelligence and an accomplished legal luminary.

A commentator, who craved anonymity, said the Vice President forgot that even if the country divided today, no part would need a visa to visit the other in line with ECOWAS protocol.

“Professor Osinbajo spoke as a politician, not as an intellectual. He just wanted to be politically correct to please his godfather and Governor Ganduje, the host. For instance, he missed the mark when he said people would be needing visas to go to Kano in the event of breakup of the country,” the analyst observed.

He added that “As Nigerians do not need a visa to go to Togo, Niger, Benin Republic or Ghana, so would they not need a visa to go to Kano. I am not comfortable with the way Aso Rock is handling an important issue as weighty as such agitation that mirrors the state of the nation. I hope we do not have a case of the Roman Emperor, Nero, who fiddled while Rome burned, until they were consumed.”

Whereas Nigerians thought that the Federal Government should be more proactive in attending to the challenges of the country, a number of which are caused by poor governance style, President Buhari appears to only see the hand of mischief makers in all that is happening in the country.

The President had last Thursday from far away London where he had gone for medical checkup after 15 months of forced stay in Nigeria over Covid-19, advised Nigerians not to allow mischief makers to “divide us”.

The advice was contained in his Easter message. He reiterated his position that Nigerians were better and stronger as one nation and urged citizens not to allow mischief-makers divide the country.

In the statement issued by Femi Adesina, his special adviser on Media and Publicity, he said: “We should not allow the antics of a few mischief mongers to fragment the unity and faith that the vast majority of citizens of this country cherish and believe in.

“As I have said before, we are better and stronger as one nation under God.”

Among other claims that the President made, he said: “As a government, we will continue to ensure that the weak, the poor and the underprivileged in our midst are not abandoned.”

The President is always talking about mischief and those that meant ill for the country, but many citizens believe that his actions and inactions have provided enough fuel for the increasing agitation for restructuring and secessionist moves by aggrieved groups.

Many observers would rather that the President purge Aso Rock of those nepotistic tendencies that have pushed the country to the brink.

They wonder why Abuja would leave the head of fish where the rot originates to probe the tail region.

It is the belief of many that once Mr. President makes a commitment to do the job for which he was elected, as transparent and open-minded as he should, the clan of mischief makers he always refers to will cease to exist.