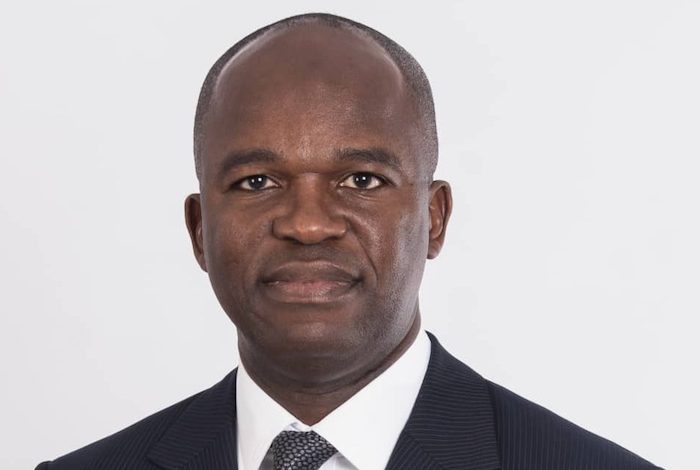 On September 3, Tokunbo Abiru, a former Executive Director of First Bank Plc and the immediate past Chief Executive Officer of Polaris Bank Limited, emerged the preferred candidate of the All Progressives Congress (APC) for Lagos East senatorial by-election through an overwhelming victory in the direct primary election. His emergence took many, especially his colleagues in the banking industry, by surprise; perhaps, due to risks associated with contesting elections in Nigeria.

Since his emergence, Abiru has been a victim of libelous statements and a frivolous lawsuit, which the People’s Democratic Party and its candidate for the by-election, Babatunde Gbadamosi deliberately instituted to diminish Abiru’s rising political profile although unsuccessfully. These allegations have no substance in reality and are designed to distract voters from the real issues.

On October 12, for instance, Gbadamosi claimed Abiru’s campaign team was planning to assassinate him. A statement signed by Gbadamosi’s media spokesman, Dr. Adetokunbo Pearse, also claimed that Abiru has two permanent voters card and that he is not registered to vote in Lagos-East. To compound the statement’s libelous character, it added that Abiru is a rogue banker who defrauded Skye Bank. Tokunbo Abiru’s lawyers have duly filed an action for defamation in respect of that statement.

Empirical evidence, however, depicts an entirely different picture. Abiru, who has more than three decades of experience in the financial sector, was appointed by the Central Bank of Nigeria (CBN) to rescue a failing Skye Bank on July 4, 2016, shortly before the country slumped into recession.

At the time of Abiru’s appointment, the bank’s ratings were abysmally low in all ramifications. Its non-performing loans were already 80%, which according to analysts, was far above the regulatory standard. Other prudential and adequacy ratios of the defunct bank abysmally performed much below the thresholds of the apex banks.

Under his leadership, the financial institution, now named Polaris Bank, has been successfully restructured. In the first quarter of 2020, the bank posted a profit after tax of over N18 billion despite the difficult conditions imposed by Covid-19, a deadly virus that forced the federal government to lock down economies of the most affected states for about two months. In the 2019 financial year, the bank posted N27.35 billion profit after tax, which rivaled what banks that are not in crisis made.

That Abiru is not registered to vote in the Lagos East is a ridiculous idea. Obviously, Gbadamosi’s claim has no place either in the 1999 Constitution (as amended or in the Electoral (Amendment) Act, 2011. But it is indisputable that Abiru is an illustrious indigene of Ikorodu, one of the five divisions in Lagos State. As a devout Muslim, there is hardly any religious celebration he does not spend in Ikorodu. He is a member of Ikorodu’s prestigious club, Oriwu and his wife runs a furniture factory along Ibeshe Road, the same axis where Abiru’s Ikorodu home is located.

However, Abiru also lives on Lagos Island, where he has been exercising his suffrage since 1999. Even though Abiru has been exercising his suffrage on Lagos Island, he is perfectly entitled under our laws to seek to transfer of his permanent voters card (PVC) to Lagos East, which the banker now seeks to represent in the Senate? The process of transferring his PVC is ongoing and both the constitution and electoral act clearly outline requirements to vote and be voted for in every election which Abiru clearly satisfies.

Under these legal instruments, every citizen, who wants to vote or be voted, must be duly registered and must be sponsored for a political office by a duly registered political party. Tokunbo Abiru has satisfied every political, legal and constitutional criteria to contest the December 5, 2020 election and we are confident that by the grace of God, he will win.

Meanwhile, Abiru has no reason or means to assassinate Gbadamosi. He is an upstanding citizen of this country who has contributed immensely, for decades, to the growth and development of his community. Gbadamosi and the PDP are simply rabble-rousers, who have no chance of winning the imminent bye-election and will do or say anything to attract media attention. Instead of focusing on solving its raucous internal crisis or boosting its failing campaign, Lagos PDP has resorted to smear campaigns.

While voters in Lagos East are waiting for Gbadamosi to make his records of service public, Abiru’s record loudly speaks for itself. After his professional training at Deloitte, he started his banking career as one of the earliest employees at Guaranty Trust Bank in 1991 where he spent 10 years before moving to National Bank and then First Atlantic Bank. In 2002, the Lagos State University Economics graduate joined First Bank of Nigeria where he rose to the position of Deputy General Manager.

In 2011, he transitioned into public governance as the Lagos State Commissioner for Finance under the administration of Babatunde Fashola (SAN). Under Abiru’s leadership, the state successfully floated an N80 billion bond, a feat which attracted international accolades. He also helped to improve the state’s tax collection system, among other accomplishments. He subsequently returned to First Bank voluntarily as an Executive Director.

In July 2016, the CBN tapped Abiru as the new Group Managing Director and CEO of the struggling Skye Bank, which he helped to transform until his departure on August 30. In 2018, recognising his important contributions to the reformed Polaris Bank, the CBN renewed his appointment.
A consummate professional, Abiru is also a fellow of the Institute of Chartered Accountants of Nigeria, an honorary senior fellow of the Chartered Institute of Bankers of Nigeria (CBN) and has attended Harvard Business School. He has also served in various reputable boards including Airtel Mobile Networks Limited; FBN Capital Limited (now FBN Quest Merchant Bank Limited); FBN Bank Sierra–Leone Limited; and Nigeria Inter-Bank Settlement System Plc (NIBSS).

Beyond his professional accomplishments, Abiru has the backing of his family whom he consulted before officially deciding to join the senatorial race. “I can’t describe how I felt when he told me he was going to contest for the senate position,” his wife, Feyisola, says in a recent interview. “But when he said it, we all submitted to his decision.”

At different sessions, Abiru himself cleared air about his decision to join partisan politics. He argued: “It has always been an ongoing conversation but we were unsure of what form it will take. I told them to look at my involvement in politics as public service. Of course, we prayed about it. But we had a clear understanding that we cannot all be pulling back, we have to complement those who are also leading.”

Abiru’s family values can also be traced to his late father, Justice Mudashiru Abiru, who was a respected lawyer, a renowned jurist, a senator in the Second Republic and an loyalist of late Chief Obafemi Awolowo, former Premier of Western Region.

“He was an accomplished professional, a family man, a disciplined man, and a religious man,” Abiru says of his father. “There is a lot I learned from him. And in all of this, the main burden I see that I have to carry is his legacy. To make sure I do not derail from the family values he instilled in me.”

His campaign for the Lagos East is based on a five-point agenda: Peace, by ensuring that residents have a safe environment to live and work; Prosperity, by enabling his people to achieve financial freedom through encouraging entrepreneurship; Empowerment by equipping the youths with the survival knowledge for the 21st century, while grooming their innate talents; Employment, by using his vast corporate experience to create job opportunities; and Healthcare, by committing to pass a quality insurance bill for people living less than 2 kilometres of a health centre. These are the agenda on the table, not the PDP’s diabolic campaign of calumny and retrogressive politics.

Amid the #EndSARS protests against police brutality in the country, Abiru did not keep quiet. Rather, he lent his voice to support the youth campaign against police brutality, one sign of a leader who understands that the voice of the people is the will of God. He has advocated for accountability in reforming the police even if it requires changing the laws of the land.

“Those who have promised to serve and protect must be made accountable to the people,” Abiru said on October 19. “A reformed police force begins with the process of investigating and prosecution of all police officers involved in any form of harassment, theft or extra-judicial killings particularly in the last decade.”

In all spheres of life, he has proven to be a winner in the middle of adversity and come December 5, the date of the bye-election, Abiru will once again, with the support of the people of Lagos-East, emerge victorious. He has led a life of service – during the pandemic early this year, he reportedly affected over 8,000 lives in his Ikorodu community – and as senator, one can only expect him to do more.