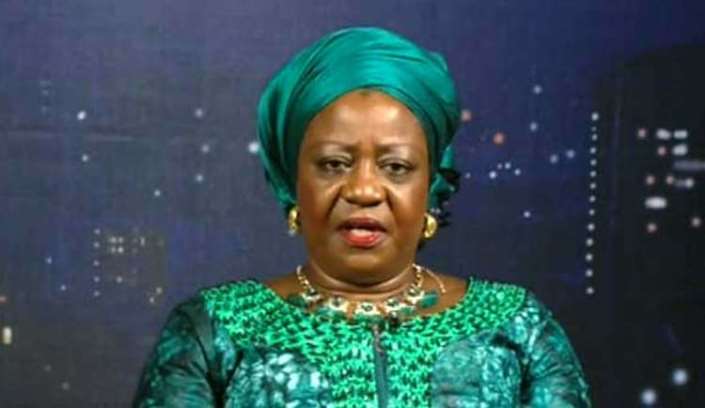 He also said many voters are scared away from polling units because of fear of violence and tension that majorly characterise political campaigns.

Besides, he said political parties had failed to achieve much in mobilising voters for election.

Yakubu, who just completed his first tenure as INEC Chairman, spoke during his screening by the Senate Committee on INEC for a second term on Thursday.

He was screened alongside a National Commissioner-designate, Professor Abdullahi Zuru, to represent North West.

This is as the Chairman of the committee, Senator Kabiru Gaya (APC -Kano South), gave indication that the INEC had not received request for confirmation of President Muhammadu Buhari’s Personal Assistant on Social Media, Lauretta Onochie.

He also denied that the senate received N2bn bribe to confirm Yakubu for a second term.

Yakubu said, “INEC cannot go and mobilise the voters, we can only sensitise them on how they vote on election day.

“The second thing is violence or threat of violence. Some people tend not to go and vote simply for that fear particularly when the atmosphere has always been charged on the eve of every election.

The Chairman-designate said the situation was further compounded because the constitution did not say the percentage turn out required for an election to valid.

He said, “In Nigeria, there is no requirement that an election is only valid when there is 50% plus one voter turnout as it obtains in other jurisdictions.

“Ours is a simple the first-pass-the-post system. So, irrespective of the turnout, once you have the margin of lead, we make a declaration and a return is made, but this is related to quite a number of things.

“I agree that we need to do more as INEC in the area of voter education, but that is where our responsibility as INEC ends. Voter education means that we need to tell the voters what to do on election day, when they get to the polling units, the nature of the ballot paper, the voting procedures, how they queue in the context of COVID-19.

“But that is another important function that is supposed to be discharged by others, particularly the political parties and agencies such as the National Orientation Agency, and that is the area of voter mobilisation. Political parties should mobilise the voters.”

Yakubu said there could be no diaspora voting until the Electoral Act is amended by the National Assembly.

He, however, emphasised the need for the national assembly to amend the constitution to allow Nigerians on foreign missions, and those on essential duties like journalists, health workers, INEC staff and adhoc staff to vote during elections.

Yakubu said 488 activities had been lined up for the commission over the next 813 days in preparation for the 2023 election.

He added that 30 areas requiring attention in the Electoral Act had been sent to the national assembly for amendment.

On the allegation that Yakubu gave the Senate N2 billion for his clearance, Gaya said, “From our own investigation, it was a lie. Nothing came into the National Assembly. Why should we raise an issue that doesn’t exist. But I know that the leadership of the Senate has taken legal action against the perpetrators.”

Gaya said the committee had not received any other request for confirmation of appointments into INEC.

Recall that the Senate had in October read a letter from the President seeking confirmation for her nomination as a National Commissioner.

Responding to a question, he said, “Those other REC nominees from the various states, as soon as we receive them, the names come to our committee, we will work on them.

He added that the committee had planned a public hearing for December 9 on the amendment of the Electoral Act to fast track passage.