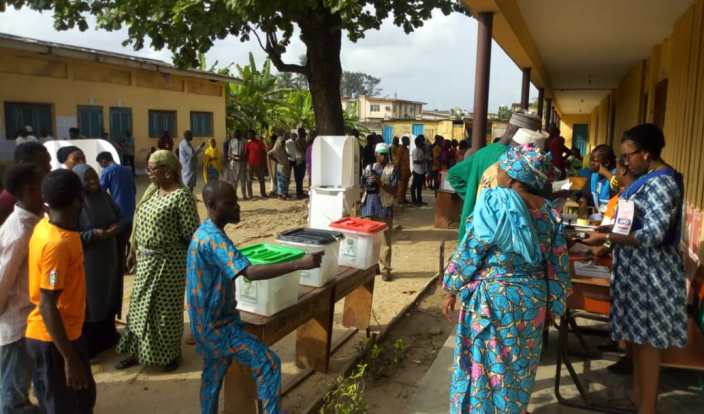 The Independent National Electoral Commission (INEC) is making frantic efforts to introduce technologies that would improve the conduct of elections and achieve the much anticipated electronic voting in the 2023 general election.

To achieve this, the Commision is reviewing the already adopted technologies for elections such as the Card Reader and the recently introduced, INEC RESULT VIEWING (IReV) which enables the people to view Polling Unit results real time as the voting ends.

Dazang who spoke with journalists on the sideline of the workshop, said INEC began the process for electronic voting since 2004 when it introduced optic map registration forms.

He said by introducing the new technologies, INEC would revisit the use of card readers and would introduce other technologies that can work seamlessly with electronic voting in 2023.

The INEC Spokesman stated that:
“After that in 2010, the commission introduced the use of direct data capture machines, and then expanded the use of the machines in the conduct of the 2011 election.

“So, we have started the process as far back as 2004, culminating in the use of the Smart Card Reader (SCR) and the Permanent Voter Cards (PVCs) that we also used in 2015. But the Commission is reviewing this process with a view to upgrading and improving the conduct of elections in 2023.

“The Commission wants to introduce new technologies that will help deepen the conduct of the elections, and also improve on them. So the Commission is working assiduously on that.

“Very soon, when the Commission has taken a position, it will come out and explain to Nigerians how this is going to be done.

“The Commission has been working on that in the past few months and God’s willing in the next few months the commission will make its position known to the public”.

Dazang also said the Commission was also reviewing its voter education to enable it to explain better the planned technologies to Nigerians.

“In reviewing our voter education, we are looking at certain dynamics including the technologies that the commission intend to introduce.

“We have to be on top of the matters so that we can explain the application of these technologies to Nigerians as we did when we introduced SCR, direct data capturing machines and PVCs”, he stated.

The VEP Director disclosed that INEC was working seriously with two Committees of the National Assembly on the Electoral Act amendment for which substantial gains were being made.

He expressed hope that the National Assembly would keep to its promise to Nigerians to amend the Electoral Act before the end of the first quarter of 2021.