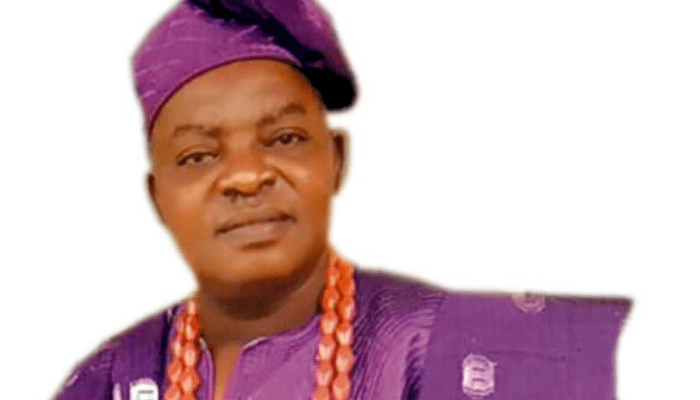 A first-class monarch in Osun State, the Orangun of Ila, Oba Wahab Oyedotun, has urged the Igbomina communities across Kwara, Oyo and Osun states to unite, so as to bring the desired growth and development to the region.

The traditional ruler stated this at the Asepo Omo Igbomina Day celebration held in Osun State and the N1billion fund raising for the Igbomina House in IlaOrangun.

The monarch noted that such integration was a necessity to realise the development that the people yearned for.

Oyedotun said, “The Igbomina are a strong tribe among the Yoruba nation, and this event is to bring together all sons and daughters of Igbomina.

“The unity of Igbomina is essential at this point where development must be taken seriously. We have Igbomina communities in Osun, Kwara and Ekiti and we see the need to come together and have a formidable force to develop our communities one way or the other. This programme is a continuous one for the development of the people and these communities.”

According to a release by the Media Assistant to the Ila Traditional Council, Omotayo Babalola, the event was attended by at least nine Igbomina monarchs including, the Olupo of Ajase-ipo, Oba Sikiru Atanda Sanni; the Elese of Igbaja, Oba Babalola Awumi; the Olomu of OmuAran, Oba Adeoti Akolade; the Orangun of Oke-ila, Oba Adedokun Abolarin; and the Olusin of Isin, Oba Olugbenga Oloyede.

The Governor of Osun State, Gboyega Oyetola, who was represented by the Commissioner for Regional Integration and Special Duties, Olalekan Badmus, said the government had robust “plans on agriculture, infrastructure, and mining, which will be of advantage to the people of Igbomina.”

Oyetola called on the residents to maintain peace and work together, noting that the communities are part of the 30-30 tourism project and many others.

The event was also used to celebrate a retired inspector general of Police, Tafa Balogun, who was honoured with a chieftaincy title of the Oluomo of Igbomina land at the Orangun of Ila’s palace.

A Deputy Commissioner of Police, Adegoke Fayoade, who represented the newly installed Oluomo, described him as a true son of the soil who facilitated the establishment of Police Mobile Training College in Ila-orangun community, among others.

He said, “I will use my wealth of experience for the security of Igbomina people. I will not only restrict myself to the area of security but also in the area of economic, connections, development, infrastructure and all my wherewithal to help Igbomina in all respect by influencing good things to the communities.”

He also encouraged all Igbomina at home and in the Diaspora to come home and build the community for a greater development.