Fairness and equity would determine PDP zoning of 2023 presidency – Olafeso 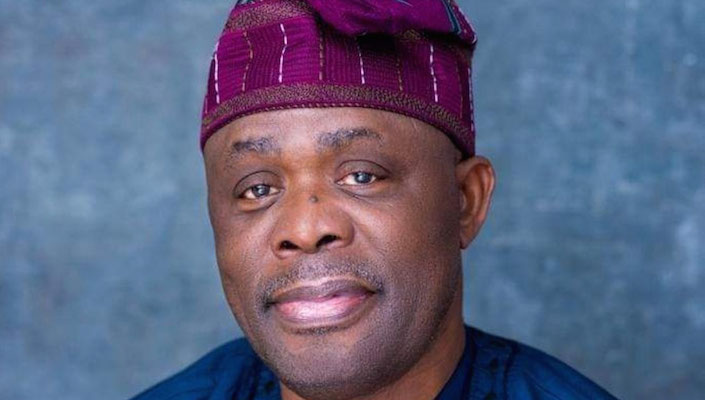 Eddy Olafeso is the immediate past national vice chairman (South West) of the People’s Democratic Party (PDP). In this exclusive interview with INIOBONG IWOK, he speaks on the crisis rocking the party in the region, the report by Governor Bala Mohammed’s committee on zoning in PDP, insecurity, among other issues.

The PDP in the South West region has been embroiled in crisis for some time now; leadership tussle between Ayodele Fayose and Oyo State Governor, Seyi Makinde. What is your take on the crisis?

Is not really what you think; there is no crisis really. Party members must compete against one another and in the course of it, there is bound to be disagreement. Some would support the other person, others would be neutral. They would communicate and sometimes the language used may not be what you want. What is going on in our party is not particularly unusual and it is competition for the national vice chairmanship and other zonal executive positions of the South West. We were there for two years and the law says we should do two terms of eight years; there was an agreement that we have to return to our positions automatically, but suddenly, it changed; that we have to compete for our positions again.

So, Fayose is supporting me, but because others are not supporting me does not make them to be my enemies; they are just not my enemies. I think they are not just supporting me, but who knows what can happen before the election; they can change their mind to support me. There is no crisis in our party; our desire is to unite the party and ensure we mobilise adequately for 2021.

When you say there is no crisis, but it is obvious, the South West congress was shifted because of the internal wrangling among chieftains and the case is in Court. How true is this?

Yes, that was to determine the venue of the congress and to make sure that the congress is peaceful and is done in line with our constitution. You can see that Oyo State has been very volatile recently, the violence there has been a threat on the lives of our leaders, and the place is unsafe now. So, to ensure we move away from the hotspot you can see what happened in the Ondo State during the governorship primary because of the violence that endangered our political party and the manner it was conducted. That is what is in court as long as the court takes a decision we would move forward on that.

So, you are saying there is no feud between Ayodele Fayose and Governor Seyi Makinde?

If there is a communication gap between them, at the appropriate time the bridge would be built for them to understand each other. I don’t think they are personal enemies; it could be difference in opinion and nothing more.

Some analysts, including some APC chieftains are of the view that the PDP is not playing its role as an opposition very well and would easily lose the 2023 election to them. What is your take?

Let them delude themselves as much as possible, the entirety of the nation is against the APC and this government. The truth is that they have failed as a party, they have failed in ensuring a buoyant economy, ensuring we have security. They have failed in uniting the country and everything is upside down in APC and this government. These people are delusional, they even said they want to be in government for 32 years, do they want to kill the people? The question you should ask Nigerians is that; are you better off now than you were five years ago? What was the price of petro five years ago compared to today? What is the rate of your currency five years ago compared to today?

How far have the living conditions of Nigerians improved five years ago to today? In all indices, the APC and the Buhari administration have failed Nigerians. They would fail in 2023; they are only waiting to collapse the economy totally.

There has been so much controversy about the report of Governor Bala Mohammed which recommended that the party should jettison zoning in 2023. What is the true state of things?

Let me tell you something people are just talking about, but it was the major step for our party to say let us gather together and see what happened in the last election and how it can be avoided in the future election.

As at this moment, the National Working Committee of the PDP have not taken a look at the report and it would be looked at and a decision would be arrived at for Nigerians.

The Nigerian people themselves would have the ultimate say the party would be the guild and I am sure we don’t want to take a decision that would be against the Nigerian people. So, it is premature to begin to talk that the decision of the committee is final on the issue of zoning the presidency in PDP. We are still going to discuss on a whole scale what the conclusions of the committee are with a view to arriving at a good decision in 2023. I can tell Nigerians that fairness and equity would be the major determinant in consideration in the zoning of the presidency in 2023.

You mean all what we have been hearing is not true?

A decision of the National Working Committee and National Executive Committee of the party is critical before you say PDP has taken a position on zoning. They have written their report; let’s look at it and review it and take a decision before we begin to conclude on that.

What is your take on the spate of insecurity and killings across Nigeria?

Nigeria has failed under Buhari. It is a failed state, lives are insecure and individuals no longer trust the government of the APC to protect them. They are failing, we can see, the alternative for Nigerians is to kick these people out of government. They kept their defence team for five years even though they had failed and things are bad.

They went on a spending spree on ammunition and nothing changed in the fight against insecurity as far as we are concerned the APC is sponsoring most of this violence on our people and at the appointed time they would one day say bye-bye so that a responsive government can come into government and manage the country better. Many lives have been lost and are still being lost as we speak now and nothing has been done under this decadent and unserious government in power.

Agitations for secession are on the rise; does it bother you?

Why would it not be on the rise? People must self-determine, I mean defend themselves, because there is no help. You can’t expect Nigerians to fold their hands while they are being killed. People are uniting to secure their lives.