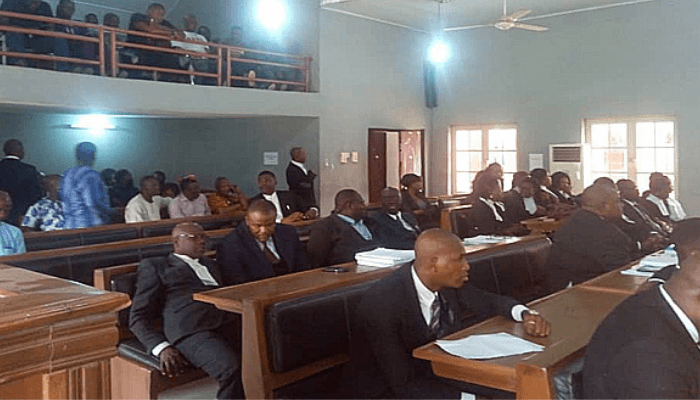 The Edo State Election Petition Tribunal has fixed Monday, March 29, for judgment on petitions filed by political parties contending the outcome of the September 19 governorship election that brought in Governor Godwin Obaseki.

Obaseki, who contested on the platform of the People’s Democratic Party (PDP) for the governorship election that was held in September last year, was declared winner by the Independent National Electoral Commission (INEC), having scored the highest number of votes.

In their separate petitions, ADP, APM and the governorship candidate of NNPP, Agol Tracy prayed the tribunal to nullify the declaration of Obaseki as winner of the election based on controversial degree result submitted alongside nomination and expression of interest forms to INEC by the governor for the purpose of the election, while AA and APP claimed they were unlawfully excluded from the poll.

However, the petition filed by the Action Alliance was dismissed for failing to file for issuance of pre-hearing, which is one of the conditions required by the Electoral Act 2010 as amended.

A statement issued on Tuesday by Sunday Martins, Secretary to the tribunal said that judgements would be delivered in all petitions filed before the three-man tribunal led by Justice Yunusa Musa.

“Take notice that Petition No. EPT /ED/GOV/01/2020, between Action Democratic Party and another versus INEC and four others, will be coming up for Judgment on Monday the 29th day of March 2021 at the venue of the Tribunal by 9:00 am, thank you,” part of the statement reads.