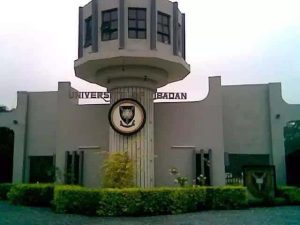 A council meeting aimed at selecting a new Vice Chancellor in the University of Ibadan, turned sour after four members of the University Governing Council walked-out of the meeting.

For some time now, the process of selecting a new Vice Chancellor in the University, has been characterised by crisis

Today, about five and a half hours after the meeting commenced, four members of the Governing Council staged a walk out.

The four members include two external members appointed by the Federal Government, Dr Jaju Muhammad and Prof Mande Samaila as well as the two internal members of the council, including Professor Ademola Aremu and Professor Abel Olorunnisola.

It was gathered that the members walked out after unsuccessful efforts to ensure the Council maintain absolute control and act according to the letter from the Federal Government through the National Universities Commission(NUC) and Federal Ministry of Education, which asked the Council to review the entire process including re-inviting shortlisted 18 candidates for the VC position.

It was learnt that the council was talking about  the validity of the election being conducted on Wednesday by the outgoing Vice-Chancellor despite the instruction by the Federal Ministry of Education that the Council should take charge.

“You see those who staged walkout were asking for the letter from the Federal Ministry of Education and NUC. They were saying the Senate was wrong to have hurriedly met and ordered re-election within 24hours.

“They were worried that the election did not follow due process. In fact, the election is already generating fresh crisis as many contestants pulled out of the election citing violation of FG directive and illegal process as reasons.

“Rather than allow the Council to act on petitions relating to the election, the Vice-Chancellor was alleged to have only briefed the Council Chairman who was said to have a health challenge at the time.

“The fundamental allegations levelled against the candidates have not been independently verified and a thorough investigation conducted. The petition was addressed to the Council and not the Senate. They left when it was obvious that due process will not be followed. I think they don’t want to be used to endorse illegality.

“Investigation revealed that efforts are being made to hurriedly conclude the process and announce the anointed candidate of the outgoing VC, whose tenure expires on November 30 in defiance to directive from the Federal Ministry of Education,” the source told news men.

But another member of the Senate, who was at the meeting where the re-election of the selection committee member was holding, said the election was conducted in line with the Ministers of Educations directive