Buhari to participate in FEC from Daura- Presidency 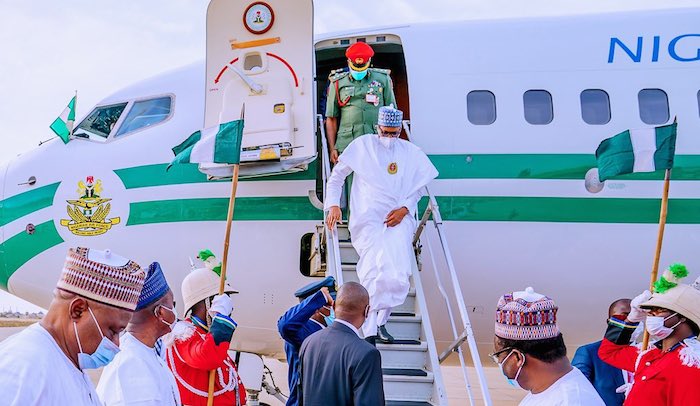 The President who left the presidential villa, Abuja after Friday Muslim prayers for his home state, Katsina, is reported to have arrived safely, according to a tweet by Presidential Media aide, Garba Shehu.

Shehu, had while confirming the president’s arrival in a tweet on his personal handle @GarShehu, stated that “President Muhammadu Buhari has just landed at the Helipad in Daura, Katsina State for a weeklong private visit.”

In an official statement later, Shehu confirmed that while in Daura, the President will carry out a number of private engagements.

He disclosed that the President will however participate virtually in the meeting of the Federal Executive Council (FEC) on Wednesday, to be presided over by the Vice President, Yemi Osinbajo

The statement recalled that the president last visited his hometown in December 2019, having stayed away largely due to the global COVID-19 situation.