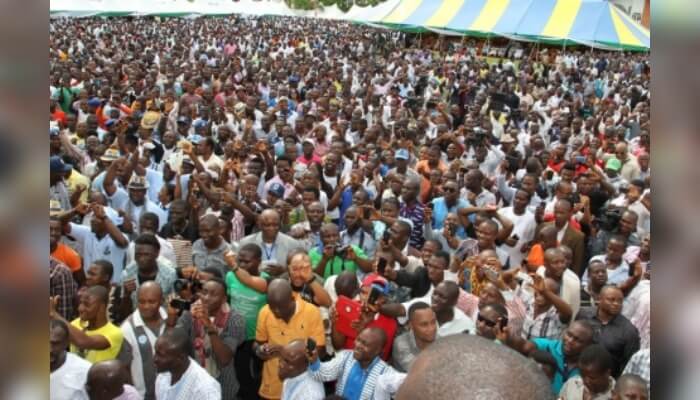 A member of the House Representatives, representing Vandeikya/Konshisha Federal Constituency of Benue State, Herman Hembe on Tuesday announced his defection from the All Progressive Grand Alliance (APGA) to the All Progressives Congress (APC).

Hembe announced his defection Tuesday on the floor of the House at plenary in a letter addressed to the Speaker, Femi Gbajabiamila.

In the letter read by Deputy Speaker, Ahmed Wase who presided over the sitting, the ranking member said he joined the APC from his ward in August and has since been actively involved in the activities of the governing party at home.

Hembe commended the Chairman of the Caretaker Committee of the APC, Mai-Mala Buni, former Governor of Benue State, George Akume, and former Speaker, Yakubu Dogara for making his defection possible.

However, Minority Leader of the House, Ndudi Elumelu rejected the defection which he said was illegal, and asked the Speaker to declare the seat of the Benue Lawmaker vacant.

Elumelu said: ”By the grace of God, I am the Minority Leader of this House. I am not aware that there is a crisis in APGA and so, what he has done is illegal and the Speaker should declare his seat vacant. We are going to contest this.”

He was, however, overruled by the Deputy Speaker who said the fact that Elumelu was not aware of any crisis in APGA is not enough to say there was no crisis in the party, adding that the crisis in APGA in Anambra State which is the home of the party was enough for anyone to defect.