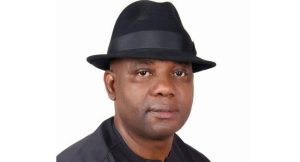 Nigeria’s ruling political party, the All Progressives Congress (APC) has revealed that a North-West Governor is behind the cases of banditry and kidnappings rampant in the country.

The party made the allegation in a statement on Thursday by its National Publicity Secretary, Mallam Yekini Nabena which it claimed is based on an intelligence report.

The statement, however, stopped short of revealing the identity of the said governor but called on security agents to work on the intelligence report.

The Nabena statement reads in part: “Our security agencies have intelligence reports linking one of the North-West governors of colluding and sponsoring the violent and criminal activities of bandits in the zone. I won’t give details because of the sensitive and security nature of the issue.

“However, relevant security agencies must as a matter of urgency investigate the report and determine its veracity. Human life is not what we should play political chess games with.

“We must shun enemies of the country including the Peoples Democratic Party (PDP) who seek political gains from issues of insecurity.

“Our security agencies must also be alert to plots to further destabilise the North-west region and frustrate the quick and safe release of students abducted in Kankara Katsina State.”

and other violent crimes in the zone.

“Our security agencies have intelligence reports linking one of the North West governors of colluding and sponsoring the violent and crimimal activities of bandits in the zone.

Earlier on Thursday, Governors elected under the ruling All Progressives Congress on Thursday expressed confidence in President Muhammadu Buhari‘s fight against insecurity.

The message was contained in a statement titled: 78th Birthday Felicitation to President Muhammadu Buhari GCFR,” signed by the Chairman of the Progressives Governors Forum, Abubakar Bagudu, in Abuja, on Thursday.

Bagudu in the statement noted that the Governors joins the president and his family as well as Nigerians to celebrate the President’s 78th birthday.

Meanwhile, the Peoples Democratic Party (PDP) caucus in the House of Representatives has stated that it will drag the Attorney-General of the Federation (AGF), Abubakar Malami, to court over the invitation of President Muhammadu Buhari.

The PDP Rep caucus said it will challenge the position of Malami that the national assembly lacks powers to invite Buhari to brief it on security matters.