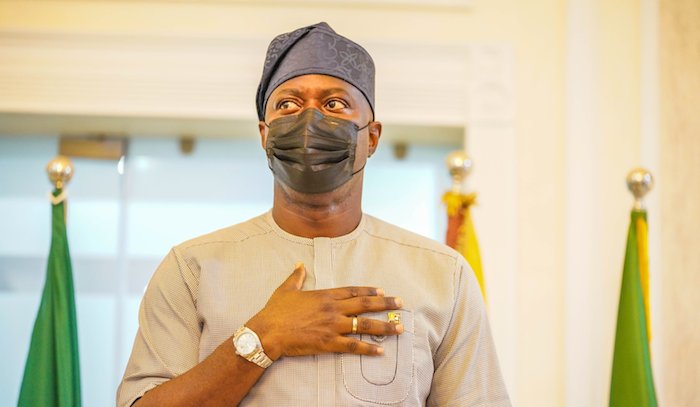 The political battle towards the 2023 general election have begun in Oyo, the pacesetter state with alliances, permutations and decampment from one political party to the other.

With more than two years to the elections, political gladiators in the state have already hit the ground running and planning ahead.

Of note in the state is the opposition working to dislodge the government of the People’s Democratic Party from power.

Then the trio of Lanlehin, Alli and Ayorinde were persuaded by a former governor of the state, Senator Rashidi Ladoja to jettison their individual ambitions and support Makinde who defeated Adebayo Adelabu of the APC in the March 9, 2019 gubernatorial election.

During the merger, there were some agreements reached with the trio and others who worked for the governor’s success in the election.

It was allegedly agreed that the PDP takes a larger percentage, followed by ADC, ZLP and SDP, of all positions across board.

Months after, the duo of Lanlehin and Alli quitted the coalition, accusing Makinde of not honouring the terms and agreement of the coalition. But Ayorinde decided to stay put and still much visible in the present administration.

As the coalition seems to have gone down the drain, the two candidates involved, Lanlehin and Alli, had since joined the opposition APC in the state.

While many of their members followed them to the broom party, some joined the PDP.

To this end, ahead of the 2023 election, there has been serious politicking with members decamping from one party to the other. There have been too many permutations. One of such got fulfilled in Ibadan last week, when ZLP collapsed its structure in APC.

At a meeting attended by its stalwarts, the party announced its migration to the APC after the structure of the ZLP was collapsed.

The gathering also included members of the African Democratic Congress (ADC), Mega Party of Nigeria and other loyalists of a former governor of the state, Rashidi Ladoja.

Speaking with newsmen shortly after the meeting, Chairman of the party, Kola Olaniyan said that party members have been duly informed about the decision, saying that the party has tested the two major political parties in the state but decided to move to APC.

“We have informed our members of the decision. We have collapsed the structure of the party and we have moved to APC,” he said.

Olaniyan insisted that one of the reasons for moving to the APC is due to the alleged failure of Governor Makinde to honour the pact with the party leaders a few days to the 2019 gubernatorial election.

He stated that with their pull out from the PDP coalition, the redemption of Oyo State has started.

Akande, a professor, commended the defection of former governor Rashidi Ladoja’s political family to the All Progressives Congress (APC).

Akande said he was happy with their defection, adding that “Oyo is back on the part of redemption.”

“I am happy with the joining of APC by loyalists of our Baba, Rashidi Ladoja. My joy knows no bound with their defection and I must say that they are welcome.

“For me, joining us at this point in time means a lot. I will like to urge our people to accept them with open arms. This period of registration offers a lot of opportunities. They are welcome. And I believe our people are receptive. They are waiting to receive them in their various wards and local government areas.

“With loyalists of Senator Ladoja joining the likes of Alao Akala, Akin Oke, Senator Ayoade Adeseun, Senator Femi Lanlehin, Senator Soji Akanbi, Alake Adeyemo, Abu Gbadamosi, Kunle Sanda, Barrister Adebayo Shittu, Fatai Ibikunle and a host of other political bigwigs, who else that matters in the politics of Oyo State is outside the APC fold? Indeed, the redemption of Oyo State from the present political aberration has started.”

Speaking on the issue, Oyo APC blamed Governor Makinde for the final collapse of the coalition arrangement upon which he got to power in 2019 as the opposition party stated that the governor deserved sympathy in view of the rate at which he was allegedly being deserted by disappointed political gladiators midway into his four-year tenure.

Its Caretaker State Chairman, Akin Oke, saluted the courage of all political gladiators who, together with their teeming followers, decided to pitch their tent with the broom party in what has been described by informed pundits as “master stroke against the confused PDP government in the state”.

“It has again been confirmed that Oyo state is a divine project which is destined for success despite the setback suffered in 2019. Now that virtually all the major coalition partners have deserted Gov. Makinde on account of his failure to honour agreement made voluntary and also his inability to perform in office as a worthy successor to Sen. Abiola Ajimobi, attention has shifted to APC and this is understandable.

“Meanwhile, we can sympathise with Makinde and the remnants of his political household over their loss of touch even before time. With the kind of power, influence and resources available to an average governor in Nigeria, an average state helmsman who loses so many supporters, allies and benefactors in a few time in office, deserves the pity of all and sundry even though the case of Makinde was self inflicted and predictable.”

The leadership of Oyo APC however, assured politicians from the camps of Rashidi Ladoja and ZLP that their joining the APC was a right decision taken and which would not be regretted as “it was a necessary step to arrest the slide in participatory democracy and good governance being foisted again on the state by the PDP administration of Makinde.

“We welcome our brothers and sisters from ‘Bodija’ as well as the heroic decision to collapse the entire structures of the ZLP into that of the APC in Oyo state in an unprecedented way. This bold step shall be reciprocated positively as we make bold to state that nobody shall be discriminated against as regards whether they are old or new members. It is even good that this is happening at the time our dear party is carrying out a nationwide membership registration and revalidation exercise.

“The leadership of Oyo APC has instructed our field officers in all the 4,778 Polling Units across the state to accommodate all the new members and get them registered accordingly while we would soon meet major gladiators on the need to fully integrate everyone into the progressive family which is not even new to most of them. The process of rescuing the Pacesetter state from charlatans has begun in earnest and no well meaning stakeholder or member of the society will be left behind,” the statement concluded.

But in a twist of event, a Chieftain of the Zenith Labour Party (ZLP) in the state, Wole Abisoye and some members of the party have refuted the recent media report that they left the political platform and joined the APC.

The ZLP stakeholders described the report as untrue and misleading.

At a meeting in Ibadan, leadership of the ZLP insisted that majority of its members have joined the ruling PDP.

They therefore, pledged their loyalty to the Seyi Makinde-led PDP government in the state.

The meeting, presided over by Abisoye, former state chairman of ZLP also had in attendance former local government chairmen, stalwarts and other party faithful across the 33 local government areas.

Debunking the statement that ZLP has been collapsed into the APC and members of Senator Rashidi Ladoja’s political group have also joined the opposition party in the state, Abisoye said nothing could be farther from the truth.

He clearly stated that their political leader and former governor of Oyo State, Ladoja is no longer a card carrying member of any political party.

Talking about claim of other group that their moving to APC has the blessing of Ladoja, Abisoye warned that nobody should drop the name of Ladoja for their selfish goals.

According to him, “when APC senators from Oyo state at various times approached Senator Ladoja to join their party, he (Ladoja) made no commitment but rather left the matter to be decided by the leaders of the ZLP.”