Akwa-Ibom: INEC Did The Right Thing By Jailing Professor – Nwosu 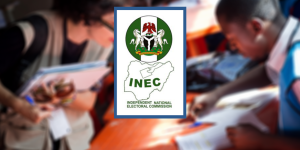 A Chieftain of the All Progressives Congress (APC), Uche Nwosu has commended the Independent National Electoral Commission (INEC) for prosecuting a Professor who manipulated election results in favour of a political party.

According to Nwosu, INEC and its chairman, Professor Mahmood Yakubu should be commended for the bravery displayed in the matter.

It will be recalled as reported by Naija News that a professor of soil science at the University of Calabar, Peter Ogban has been sentenced to prison for manipulating election results.

A high court in Akwa Ibom State on Thursday which was presided over by Justice Augustine Odokwo, found him guilty of manipulating the 2019 senatorial election in Akwa Ibom north-west in favour of the All Progressives Congress (APC) and against the Peoples Democratic Party (PDP).

Ogban who was the returning officer for the poll, was dragged before the court by the Independent National Electoral Commission (INEC).

The court found him guilty of altering results from the election and therefore sentenced him to three years in prison.

Reacting to the development, Nwosu in a chat with The NATION said INEC should stop using professors as returning officers, arguing that most of them are corrupt.

As an alternative, he said the electoral body should get people from other government agencies to serve in such sensitive positions in order to guarantee the credibility of elections.

In his words, “I want to commend the INEC National Chairman, Professor Mahmood Yakubu, for setting a standard by prosecuting the Professor. This singular act will help to sanitize the electoral system and strengthen our democracy.

“I was a victim in the 2019 governorship election, when a Professor who was appointed as the Returning Officer announced the election result in disobedience to the Electoral Act.

“INEC should review the use of University Professors; they’re only hidden under the cloak of the Academia to perpetrate fraud. INEC should look at engaging ad-hoc Staff from other government Agencies instead of these corrupt Professors.”

Meanwhile, Governor Rotimi Akeredolu of Ondo has condemned the plot by a group of people agitating for a Yoruba nation, called Oduduwa.

Recall that a group under the auspices of the Ilana Omo Oodua led by Prof Banji Akintoye berated Akeredolu for rejecting the agitation for the creation of a Yoruba Nation.

Akintoye and Sunday Igboho Adeyemo had called for the establishment of a Yoruba nation while slamming Nigeria’s current leadership.

But in a statement issued by the Special Assistant to Akeredolu on Special Duties and Strategy, Doyin Odebowale, on Thursday, Akeredolu said those calling for such are not representatives of the Yorubas.