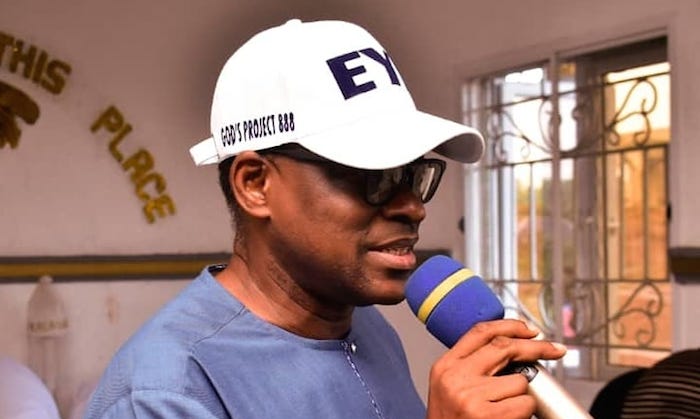 Eyitayo Jegede, the candidate of People’s Democratic Party (PDP), in the October 10, 2020 governorship election in Ondo State, has told the Election Petitions Tribunal, sitting in Akure, that the candidate of the All Progressives Congress (APC), Oluwarotimi Akeredolu was not validly nominated by his party as candidate for the election.

Jegede, who gave evidence on oath in Akure, Ondo state capital, on Tuesday while testifying before the tribunal presided over by Justice Umar Abubakar, said Governor Mai Mala Buni of Yobe state, as a sitting governor cannot also function as the Caretaker Chairman of the APC.

According to him, the nomination of Akeredolu ran contrary to the APC constitution and 1999 constitution of the Federal Republic of Nigeria as amended.

Recall that Independent National Electoral Commission (INEC), had declared Akeredolu as winner of the election of the October 10 governorship election.

Dissatisfied with the outcome of the election, Jegede of the PDP through his counsel, Onyeachi Ikpeazu SAN approached the Tribunal to invalidate the victory of Akeredolu.

At the sitting, Jegede, tendered in exhibits the election result, nomination form and the results of the election across the 18 local government areas of the state.

After arguments for and against by counsel to the petitioner and the defendants, the three-man panel admitted all the exhibits by the petitioner before the Tribunal.

During the cross examination, counsel to the defendants, Lateef Fagbemi and Akin Olujimi said Jegede who is not a member of APC should not interfere in the internal affairs of the APC.

The counsel to INEC Charles Edonsanmiwan complained that the cruz of Jegede’s petition is basically about APC’s primary and emergence of Akeredolu as candidate when he is not a member of the APC.

But Jegede, however, argued that since he contested in the election with the APC candidate participated in, he has every right to question the process that produced Akeredolu as the candidate for the election.

The tribunal however adjourned the sitting to Wednesday.