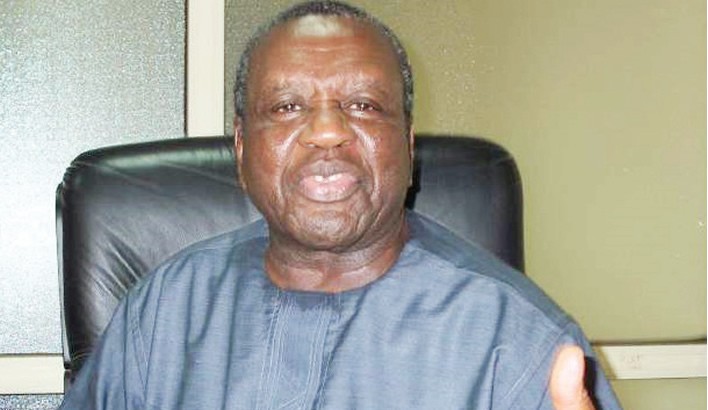 The former Governor of Akwa Ibom State, Obong Victor Attah has once again faulted the presidential system of government being practiced in the country saying it is not working for Nigerians.

Attah known for his strong views on true federalism and resource control has therefore advocated a return to the parliamentary system of government.

According to him, it will enable communities select and elect people they know to represent them.

Speaking during a virtual Public Policy Dialogue, Promoted by Ricchezza Initiative for Social Empowerment in Uyo, he explained that the government that must impact on the people and maintain regular interface with the community.

The elder statesmen regretted that the cost of election in the presidential system has robbed the masses off the allegiance of their representatives, as public office holders now try to satisfy the yearnings of their sponsors at the determent of the people they ought to have represented.

“I came here with something; “Come, let us reason together,” a book he wrote prior to his election as governor, cause I knew that whatever you are, whatever your exposure, however intelligent you are, you can’t do it alone, you must have a community that works with you, tell you what their needs are, tell you what their demands are and leadership means being able to fulfill those things for the people.

“Today, people do not truly communicate with their representatives because they did not really seriously need their vote to get into offices.

“That is why the presidential system is not working for Nigeria.”

“The parliamentary system made it possible for those representing the community to be elected by the community, not the party, not the law court. The people would know who they want . You cannot rig the conscience of the people.

“The cost of election today is tremendously expensive, making it difficult for public office holders to do what the communities want. They do what the sponsors want.

“To campaign across the country in the case of presidential election or across the state for those contesting as governors, you need a lot of money. So the moment you are sworn into office, you focus on your sponsors.”

To succeed in laying the foundation which saw Akwa Ibom to where it is today, Attah said he raised 32 committees to work with communities across the state to ascertain their needs and how to tackle such needs.

Maintaining that the parliamentary system would give room for true federalism, where the federating units would be able to take full control of their resources and be able to develop local authorities including security, he called for a new constitution to get Nigeria on track.

Addressing the forum, t Udeme Etukayin of Ricchezza Initiative for Social Empowerment explained that the policy engagement series is designed to x-ray views with the aim of proffering solution- driven- leadership and governance in Africa.

He said the decision to engage former Governor Victor Attah as lead Speaker on the forum which featured other savvy Technocrats and Analysts was due to Attah’s wealth of experience, impact and wisdom in the design and development of Uyo masterplan.

Others he said include agitation for resource control, quest for marginal field ownership and the establishment of Ministry of science and Technology among many others.