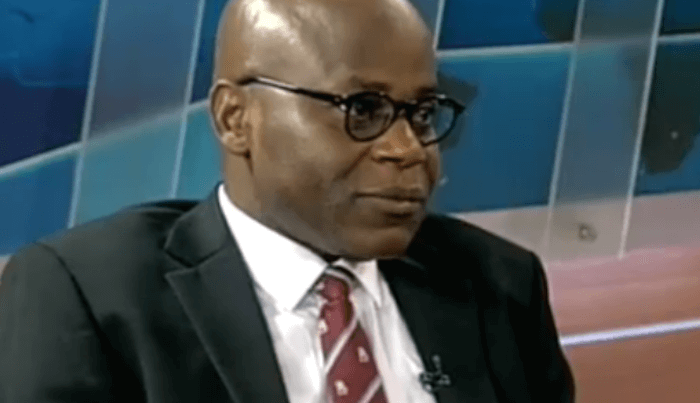 Wunmi Bewaji is a former minority leader of the House of Representatives, senior lawyer and pro-democracy activist. In this exclusive interview with INIOBONG IWOK, he speaks on the state of the nation, warning that the 2023 general election faces the danger of not holding if the current spate of insecurity continues. Excerpts:

What is your take on the rising agitations for secession by ethnic groups and individuals?

The issue is symptomatic of the failure of leadership under President Muhammadu Buhari. No doubt about it. Since he came on board, one thing that has remained a hallmark of his presidency is the penchant for lopsided appointments. For example, if you have ten vacancies he can fill them up with nine or eight Northerners, or even ten Northerners. Can you imagine that?

You run a country by compromise; meaning that in Nigeria when we say diversity is our strength, that means we need to carry everybody along, but now it appears the government of the day has become impervious to the filling to the millions of Nigerians that is outside his immediate constituency. President Buhari is the President of the Federal Republic of Nigeria and not a President for the North-East or North-Central.

So, when the President now becomes so discriminatory and is doing it so flagrantly what you now discover is that people would feel that they don’t belong here, and at the end of the day that feeling would drive people that they would be better off in their corners.

That is what is happening now and it is really unfortunate that someone in the calibre of Buhari who has served in military formations across the country would turn himself into a clannish leader who has no feeling for the regions that make up federal Nigeria.

And they say they are not keen on restructuring anymore; what do you think President Buhari should have done?

It shows the absence of leadership; leadership is by compromise. There is agitation here and there and the job of the President is to lead not from behind but from the front, since people are saying that the current state of the country is bad and there is need to restructure.

The idea of restructuring did not start from Buhari, but his complete incompetence in managing the Nigeria’s diverse nature has accentuated the agitations and snowballed to outright call for secession. It would be good if the President set up a committee and say, we had this national confab in 2014; what do we do with the report? But this is a President who is not engaging anybody; he remains there, and not consulting. You run a country by consulting various interests. When you have a President who is insulated from public opinion this is what you get. The time for restructuring is already running out; it appears now that the country is on free fall.

Surprisingly, nobody is doing anything about that in line with the constitution. For example, we now have Amotekun in the South West now which is saddled with security. The South East has launched its own security outfit. What this should tell you is that the country is disintegrating without anybody lifting a finger.

We are approaching a situation where all the regions may wake up one day and be independent. They are dismembering the power at the centre; the only problem is that people at the helm of power are only concerned about money.

Can’t the APC leadership advise him; especially on how to be more tough and govern the country to end the spate of killings?

It is the government that is frustrating itself. You run a government by consensus, if you are to run a country by consensus there should be a platform for consultation. Can you mention one platform Buhari has created for consultation? Even the APC that is supposed to be a party has become an appointee of the President. That is why today the APC is dead.

So, the PDP is also dead. This is because you are appointing the chairman and interim national chairman for a party as if it is parastatal; Buhari was a military man; now he is running the APC like a garrison Commandant in charge. Political party by definition, supposed to be a platform for coordinating and aggregating public opinions.

You know, there was the El-Rufai committee about restructuring that is how a political party should be run. When you have a party that is only focused on the next election; this is what you get. Buhari would go down in history as the worst President Nigeria ever had because he has refused to govern from the centre. Every President or leader must govern from the centre, those that vote for you, those that did not vote for you, those that come from your side of the country and those that did not come from your side of the country. Any President that cannot unite the country, harness the power of the diversity of the country is a failure that is what you are seeing about Buhari.

Nigerians are increasingly concerned that no one is held accountable and prosecuted for the killings. What is your take on that?

That is because we have tribal leaders; Buhari is a tribal leader. From your appointment people can see that you care only about your portion of the country. There were insinuations recently that when you talk about the North you have to narrow it to Daura. So, these Fulani people are not fools, they are seeing what the President is doing; that is why they can enter other territories and do what they like because they feel they have their leader in Aso-Rock.

So, you hear today that herdsmen have killed 30 people. The next thing you hear is the presidential spokesman is talking in their defence in this same country it is shameful. They know they are emboldened and they have people in the villa. What you have now is impunity, because they know nothing would happen to them.

The other day AlaaFin of Oyo was talking about people that were arrested in connection with killings and they were released. It is now in all parts of the country and the army is stretched; it portends danger.

At the end, it appears to me that this talk about restructuring may be too late, because the majority of opinions now do not favour united Nigeria any longer. The only people you would see talking about united Nigeria are politicians and don’t forget they are a minority of the population.

So, western Nigerian politicians are becoming isolated from the opinion on the street. So you need everyone together to get a united Nigeria. If a particular person decides to leave nobody should be held against their will. And if a particular person has decided to stay they should not be held against their will. By and large we are at a point where a referendum is the necessary thing to do rather than a useless election.

But there has to be an election. Does this mean the 2023 election is in danger?

Yes; there is danger. It would be foolish to think you want to jump over this security challenge and not tackle it to conduct an election. People are wiser, they don’t want to be pulled again with a four years election system that is not working for them; it is only working for the small fascist elite and their petty bourgeois conspirators.

At the end of the day you realised that the issue bothering people is how to solve the problem of insecurity. How do you travel from Osogbo to Lagos without being kidnapped? I don’t see any sense with someone mounting a mega phone soliciting for votes without solving the problem on ground. Don’t forget that a lot of small arms are outside there; it is not even safe for anybody to think of conducting elections without solving insecurity; it is not even poverty anymore.

What is your take on the Bola Tinubu presidency quest in 2023?

Some people believe he would not win the APC presidential ticket. What is your take?

Tinubu is not a novice when it comes to this kind of intra-party power play and I am very sure he would be able to emerge.

That means you believe a power shift has become inevitable in 2023?

But Goodluck Jonathan is from the South-South?

If Governor Okowa rules now, after four years, would you say he did not rule or he is not Igbo because he is not pure Igbo? There is nobody that is pure. There is no pure Yoruba anymore. There is the talk that Obasanjo’s father was from the East. Jonathan was from the East; his name was Ebele; now that power is coming down South again it is the turn of the Southwest. All this division is artificial; there is nothing called South West or South East in our law book; what you have is Western Nigeria, Eastern Nigeria and Northern Nigeria. If you go by that equation it is the turn of western Nigeria.

I believe it is better; the majority would have their way all the time. When we are talking about Buhari not governing from the central is as a result of this.

If you say the North would give you all your votes to become president then you would disregard the yearning of other people. Leadership in this kind of diversity has to be by consensus; you have to give other people a chance also to be at the centre even if they are the minority. That is the only way we can carry everybody along, so that it would not be as if the majority is lording it over the minority; that would not secure peace.