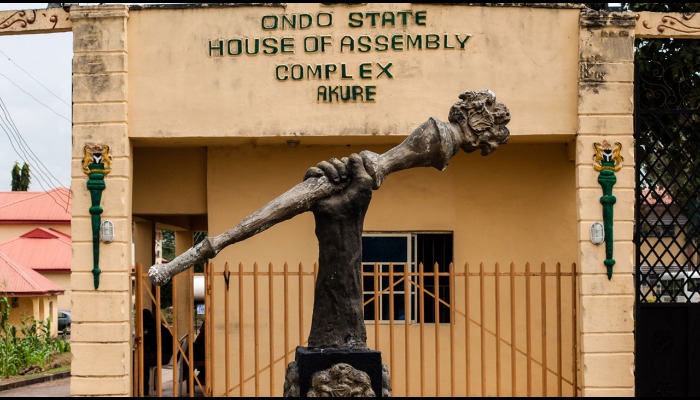 The Assembly members, who are loyal to the embattled deputy governor, Agboola Ajayi are once against purported removal of Ogundeji as deputy speaker of Ondo State House of Assembly.

Recall that the State House of Assembly led by the Speaker, Bamidele Oleyelogun on Tuesday impeached the deputy speaker, Iroju Ogundeji over alleged gross misconduct which the leadership of the State Assembly, said had brought the House to disrepute.

But, the nine lawmakers on Wednesday in a letter addressed to the speaker, described the impeachment as unlawful and did not meet the required Constitutional requirements for the impeachment of the deputy speaker.

The nine lawmakers said, “The same provision for the removal of Speaker and Deputy is provided for in section 9 (sub-section 1-IX) of the standing order of the House. It requires two-thirds majority for their removal.

“It must be known that there was no place where sitting of the Assembly either at the plenary or parliamentary where the decision to remove Rt Hon. Iroju Ogundeji took place.

“It must be noted that the impunity reigns supreme in the Assembly were Rt Hon. Bamidele Oleyeloogun presides.”