2023: Yoruba Must Produce Next President Of Nigeria, Or Else… – YPM 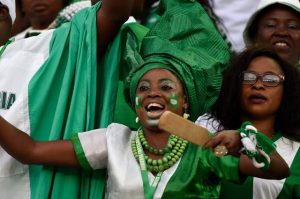 A socio-political group, Yoruba Patriots Movement (YPM) has submitted that the Yoruba region must produce the next President of Nigeria in order for peace to reign in the country.

The group in a statement on Wednesday by its National Coordinator, Mr Oladosu Oladipo declared that Nigeria’s constitution only recognizes three regions – North, West and East.

He argued further that after the return to democracy in 1999, Chief Olusegun Obasanjo had represented the West, Dr. Godluck Jonathan the South and President Muhammadu Buhari is currently representing the North.

He, therefore, submitted that after Buhari’s tenure in 2023, it is only natural for power to return to the west, noting that anything apart from that is injustice and unfairness.

Speaking during a press conference heralding a Yoruba summit tagged; “Yoruba nation yesterday, today and tomorrow,” Oladipo said that: “You cannot be a good Nigerian without being a good Yoruba man. Our fair share must be given to us in Nigeria.

This upcoming summit is not partisan but political. It is our turn to produce the president in 2023. Obasanjo ruled for eight years which represented Yoruba and Jonathan represented Igbo and Buhari is now representing the north. Our constitution only recognised the three regions in Nigeria.

“In fairness, power should return to the west. Aside from that, there will be a serious problem in Nigeria. You may note it. Every freedom fighters are hooligans. We sowed and we must reap. Buhari himself had said the pre-2015 pact must be honoured.”

The group also called on the All Progressives Congress (APC) to honour its pre-2015 elections agreement and cede its presidential ticket to the region.

Meanwhile, politicians from the South-East region of Nigeria on Tuesday, submitted that both the All Progressives Congress (APC) and the People’s Democratic Party (PDP) should pick their 2023 presidential candidate from the region.

According to the politicians who spoke under the auspices of South-East Political Leaders, their demand is based on the need for fairness and justice to the region.

They made their demand known in a five-point communique issued at the end of their meeting which held at the home of Senator Orji Kalu in Igbere, Bende Local Government Area of Abia State.

As part of their demands, they want political parties “to cede their presidential tickets in the 2023 general election to the southeast,” noting that the move is “in the interest of justice, equity and national unity.”