2023: Why the Yoruba must speak with one voice – SWAGA 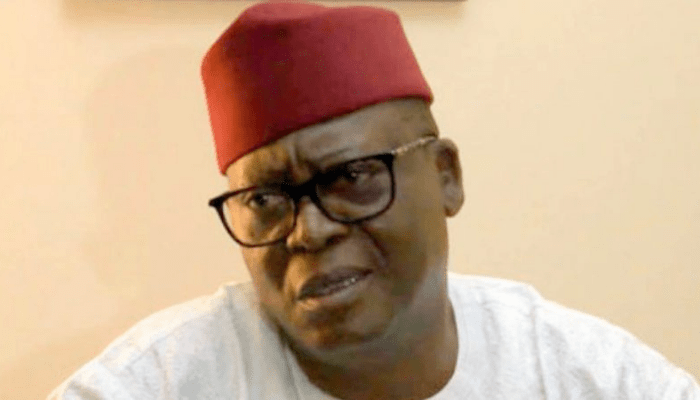 In support of Bola Ahmed Tinubu’s 2023 presidential ambition, a political group, South West Agenda (SWAGA), has called on the Yoruba people to speak with one voice and support the candidature of Tinubu.

Dayo Adeyeye, coordinator and chairman of the group in the Southwest, speaking on Tuesday at the palaces of Abodi of Ikale land and Osemawe in Ondo State, said the Southwest had been supporting Northerners and it was now the turn of Northerners to support the Southwest to be president come 2023 general election.

According to Adeyeye, the only way the Southwest can get it right is to support the candidature of Bola Tinubu in order to restructure the country.

“Yoruba still want to be president and the only way we can get it right now is to pick and support Asiwaju Bola Tinubu and that is why we have started the consultation and campaign earlier,” Adeyeye said.

“Tinubu is a leader who transforms nothing into something and feeds his people from the riches of what has been so transformed.

“In his time as Lagos State governor, staff salaries, developmental projects, philanthropic activities never stopped. He has been developing people and he will continue to do that,” he said.

Adeyeye, a former minister, explained that the group was formed to root for Tinubu ahead of the 2023 presidential election.

He said that Tinubu is a highly experienced leader with the required political tact to take over from where President Muhammadu Buhari would stop in 2023.

The Abodi of Ikale land, Oba George Faduyile, said Tinubu was a reasonable leader who can rule the country but it would be sadistic if Northerners chose another person against Tinubu come 2023 general election.

“We have to be in the mainstream of Nigeria politics, Tinubu is the best candidate we can pick in the Southwest. He has the charisma and all that it takes to rule this country. We need him to restructure our country,” the monarch said.

Oba Faduyile posited that no traditional ruler in the geo-political zone can go against the candidature of Tinubu.

He, therefore, promised to support Tinubu’s ambition ahead of the poll, saying the former Lagos governor has made people across the country.

Speaking in the same vein, Oba Victor Kiladejo, the Osemawe of Ondo Kingdom, prayed God to take Tinubu to the position.

According to him, if the Yoruba could speak with one voice and be united, the Tinubu presidential ambition would come to reality.

Also speaking, the elder statesman and former leader of Afenifere socio-political group, Reuben Fasoranti, said Tinubu has what it takes to rule the country.

“Tinubu will have my total support. Majority of his activities and his track record deserve to be president. I know him very well and he can do it,” Fasoranti said.