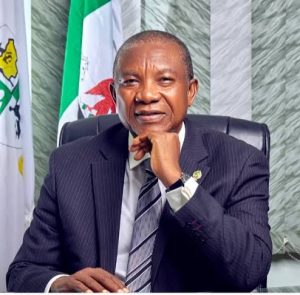 The convener of the New Nigeria Group (NNG), Mazi Sam Ohuabunwa, has said his decision to contest the 2023 presidency was to contribute his quota to the development of the country.

The President of the Pharmaceutical Society of Nigeria (PSN) made this known while speaking with newsmen in Lagos on Tuesday.

Ohuabunwa noted that he wants to succeed President Muhammadu Buhari to save Nigeria from the brink of collapse and destruction. He, however, failed to disclose the party he would be contesting under ahead of the 203 presidential elections.

He said many people had come out to rule Nigeria without any plan other than to grab power, declaring that he was not looking for power by all means.

The PSN President promised to tackle poverty, corruption, injustice, and insecurity, saying that the country cannot move forward without seriously tackling the ills.

He also vowed to embark on three trips to each of the 36 states of the country and FCT before the 2023 elections.

Ohuabunwa also decried the insecurity in the country, saying Nigeria had become “a killing field,” and that the economy is in bad shape.

“We believe that our country has chronically underperformed and much of this has been caused by leadership that lacked integrity, revelling in corruption, nepotism and criminality and effectively making Nigeria endemically corrupt,” Ohuabunwa said.