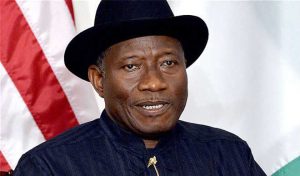 The Movement for the Actualisation of the Sovereign State of Biafra (MASSOB) has asked former President Goodluck Jonathan not to be deceived by some Northern APC Governors to contest for the 2023 presidential election.

A statement on Wednesday signed by MASSOB leader, Uchenna Madu, said the alleged subtle political move by the All Progressives Congress (APC) governors to lure Jonathan to vie for the forthcoming election is wicked and callous.

The group said the aim is to sideline and frustrate the golden chances of Igbo man or Southeast zone to emerge as president of Nigeria.

MASSOB said the move was “a dangerous systematic way of creating and re-establishing another political discord among the people of the old eastern region”.

The statement partly read, “Former President Goodluck Jonathan and his Ijaw kin should be wise enough to discern this subtle and hypocritical move of Arewa governors. The Sultan of Sokoto, the Aso villa cabals, the frontline emirs, the Arewa opinion leaders and Islamic gurus, both Nigerians and foreigners, are perfectly aware and systematically pushing for a Goodluck Jonathan one tenure administration.

“Their ultimate political aim is to sideline and frustrate the golden chances of Igbo man or Southeast zone to emerge as president of Nigeria.”

Meanwhile, Governor Nasir El-Rufai of Kaduna State has called on Nigerian Governors to uphold the rule of law and the right of all Nigerians to reside in any part of the country.

Recall that the Ondo State Governor, Rotimi Akeredolu, had asked Fulani herdsmen to vacate the state forest reserves and register with the government.

A popular Yoruba rights activist, Sunday Adeyemo, well known as Sunday Igboho, had also issued a quit notice to herdsmen accused of sundry crimes in the Ibarapa area of Oyo and enforced same.

Speaking in a state broadcast on Wednesday, El-Rufai urged his colleagues all over Nigeria to avoid anarchy.

According to him, citizens who issue eviction notices to people of other tribes should be arrested the prosecuted.