2023: PDP yet to decide where to zone the presidency, says Olafeso 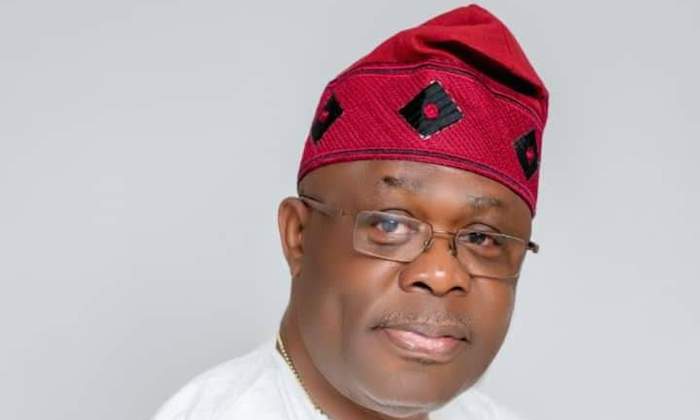 Eddy Olafeso, the immediate past South-West national vice chairman of the People’s Democratic Party (PDP) has said that it was not true that the party had taken a position on zoning the presidency in 2023, saying that recent report of Governor Bala Mohammed’s led committee would be deliberated by the leadership of the party before a decision is made.

Recall that the party 2019 election review committee had recommended that the party’s presidential ticket be thrown open for credible and competent Nigerians.

Governor Mohammed while submitting the report had recommended that the party should throw the presidential race open to all Nigerians.

“Therefore, we think that every Nigerian, from every part of the country, should be given the opportunity to choose the best candidate, through a credible primary election; as a way of institutionalising a merit-based leadership recruitment process, for the country” Mohammed had said.

However, speaking in an exclusive interview with BusinessDay Wednesday, Olafeso, said the committee report was just advice to the party, stressing that the report would be deliberated upon by the

National Working Committee and the National Executive Committee of the party before a final decision is taken on zoning of the presidency.

“As at this moment the National Working Committee of the PDP have not taken a look at the report and it would be looked at and a decision would be arrived at for Nigerians.

Olafeso, who is standing for re-election, added that it was premature to say any region had been denied the presidency in 2023 by the PDP, adding that the party would be guided by fairness and equity in arriving at a decision.

“So, it is premature to begin to talk that the decision of the committee is final on the issue of zoning the presidency in PDP. We are still going to discuss on a whole scale what the conclusions of the committee are with a view to putting for consumption in 2023.

“I can tell Nigerians that fairness and equity would be the major determinant in consideration in the zoning of the presidency in 2023”.

On the crisis rocking the party in the South-West, Olafeso said all hands were on deck to resolve the crisis, adding that it was basically about interest and the forthcoming South-West congress of the party.

“What is going on in our party is not particularly unusual and it is competition for the national vice chairman and other zonal executives positions of the Southwest.

“There is no crisis in our party, our desire is to unite the party and ensure we mobilise adequately for 2021”,Olafeso added.