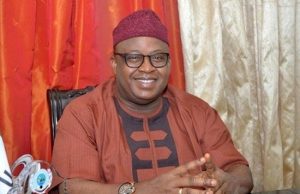 The National Vice-Chairman (South-South) of the Peoples Democratic Party (PDP), Dan Orbih, has said his party will pick its candidate for the 2023 election based on the political terrain before the election.

He stated this in an interview with NAN to discuss his emergence as the Vice Chairman of the party at the PDP’s zonal congress held in Port Harcourt a forth night ago.

He said that the clamour by its members for a South-South presidential endorsement showed their maturity as stakeholders but would be decided upon after members fully examined the country’s political terrain for a balance.

Reacting to the increasing clamour for the party to zone the 2023 presidency to South-south, Orbih, a former Edo State PDP cahairman, said this was an indication that the party was a very organised one.

He, however, stated that the PDP will sit and look at what is on the ground politically before the party goes into any presidential contest.

“Based on that, the party then takes a position on the zone where the candidate will come from.

“No doubt there are lot of persons who feel strongly that there is need for the party to formally zone the presidency.

“First, it will reduce rancour among members. Secondly, it will give direction on what the party is looking at.

“Another thing is that as a matter of strategy, if the party settles for a zone, it means we will take advantage of the place the party has zoned it to.”

He, however, disclosed that as of present, the party had yet to zone the presidency in the forthcoming 2023 general elections.