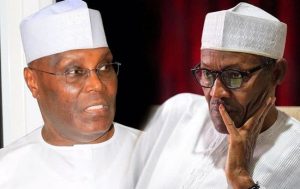 An aide to former Vice President  Atiku Abubakar, Segun Showunmi, has asked President Muhammadu Buhari to resign as he has failed Nigerians.

Speaking in an interview with Channels TV, Showunmi asked the president to pack his bags and go if he is not capable to do his job.

While insisting that Nigerians are no longer interested in the campaign promises of Buhari and the APC, Showunmi said Nigerians only want Buhari to reform the electoral act, to address insecurity and to pack his bags and go.

His words: “Nigerians have already forgotten what President Muhammadu Buhari and his friends promised us when they were coming. We ask them to do three things because they are incapable of doing others.

“They should forget about running the economy because they don’t know how to do that; they should leave that.

“Number one, they should reform the electoral act so that Nigerians who have to take a decision to vote them out can at least be assured that their vote will count.

“Number two, they should manage the rhetorics of all these ethnic militias, from wherever they may be coming from; be them in any of the sections of the country, to tell them in very firm and clear languages that enough is enough!

“Number three, they should just pack their bags and go. If you cannot do a job, if you do not have the capability to do a job, if you’re struggling on the job, if you are incapable of explaining to Nigerians what you are doing, if you don’t have the empathy to reach out to parents who are looking for their kids, if your spokespeople and supporters are going to come on television and annoy us even more, it is more honourable to say herein I have tried; thank you very much, I’m packing my loads and I am going.”