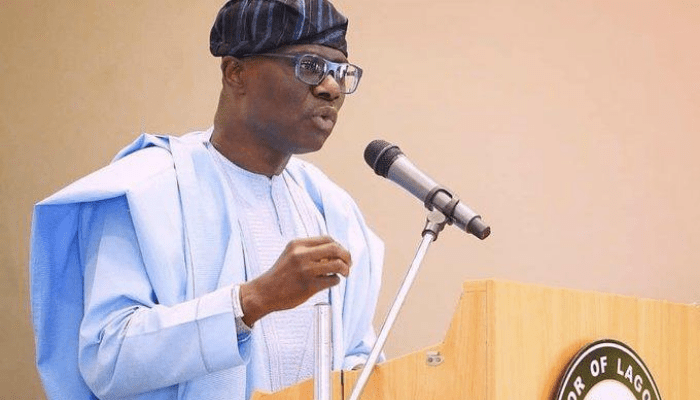 Governor of Lagos State, Babajide Sanwo-Olu has given the indication to hit the ground running in 2021.

Sanwo-Olu is signing the 2021 appropriation bill of N1.164 trillion into law today, thus setting the stage for immediate commencement of implementation at the turn of the new year, tomorrow.

The year 2020 which is ending today, has been a tough year, with large scale disruptions to global economies due to the ravaging coronavirus pandemic.

In Nigeria, the disruptions were further aggravated by the nationwide EndSARS protests by youths, which led to arson and massive damage of public and private assets, with Lagos, the country’s economy hub being the worse hit.

It was estimated that Lagos might be requiring a whopping one trillion naira to shake off the damage done to its economy by the EndSARS protest.

At a breakfast meeting with State House journalists on Tuesday, Sanwo-Olu was optimistic that 2021 would see Lagos rising from the rubbles of the destruction, as he believed to leave the state better than he met it.

“The year 2020 has been a tough year for all of us, but we remain positive that 2021 will be better as we continue to pursue the greater good for the greatest number of Lagosians.

“My thoughts every day are how to make Lagos better than I met it, and impact the lives of people,” Sanwo-Olu said, as he reaasured the welfare, security and safety of Lagosians through his ‘Greater Lagos’ vision.

Recall that the 40-man state House of Assembly passed the N1.164 trillion appropriation bill on Tuesday.

It was endorsed after a report on plenary by Gbolahan Yishawu (Eti Osa 2), chairman of the joint committee on Economic Planning, Budget and Finance.

The speaker of the House, Mudashiru Obasa, had disclosed during plenary that the lawmakers agreed that the Youth Empowerment Scheme (O’YES) of the Ministry of Agriculture, was not yielding the desired results.

Obasa added that the Coconut Agency has been recommended for scrapping, and should be a parastatal under the Ministry of Agriculture.

Governor Babajide Sanwo-Olu had on November 9, 2020, presented budget estimates of N1.155 trillion to the House